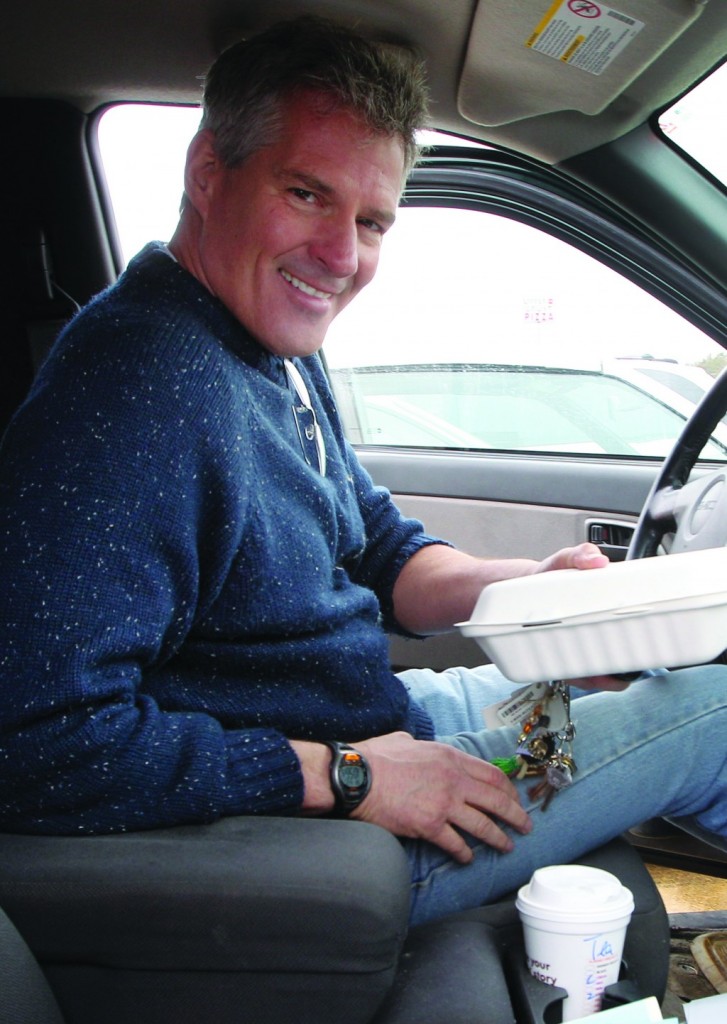 Scott Brown is working to convince New Hampshire voters he is one of them.

Thirteen weeks after he became a registered voter in the state, the former Massachusetts senator is touring New Hampshire’s diners, businesses and hospitals to help promote his nascent bid to unseat Democratic Sen. Jeanne Shaheen. He acknowledges his challenges, which are both practical and historic.

No one has served two states in the U.S. Senate in more than two centuries.

“Do I have the best credentials? Probably not. ‘Cause, you know, whatever. But I have long and strong ties to this state,” Brown told The Associated Press during a weekend visit to the Red Arrow Diner, a political landmark in the heart of the state’s largest city. “People know.”

Brown spent the first year and a half of his life living in New Hampshire before moving to Massachusetts. But since formally returning in late December, the Republican is suiting up in his campaign armor — faded blue jeans, cowboy boots and a storied pickup truck — and hitting the campaign trail hard. He was set to visit Frisbie Memorial Hospital in Rochester on Tuesday to highlight his opposition to President Barack Obama’s health care overhaul, a hot-button issue in New Hampshire and in Senate contests across the nation.

It’s unclear whether the everyman appeal that fueled his rise in Massachusetts will be enough to revive his political career north of the state line. There are early signs that New Hampshire’s famously feisty voters may be reluctant to embrace the recent Republican transplant.

Little more than a week after he launched an exploratory committee to join the Senate contest, Brown’s residency already plays prominently. The stakes are high in New Hampshire and Washington, where Republicans are competing to gain six seats they need to win the Senate majority and transform the last two years of Obama’s presidency.

Shaheen had been expected to cruise to re-election until Brown stepped into the race this month, giving the GOP a high-profile challenger with national fundraising appeal and a moderate political philosophy expected to play well among local voters.

Brown and his wife moved to their 1,700-square foot seacoast New Hampshire vacation home in late December. The recent move was common knowledge inside the diners he visited over the weekend as part of a “Main Streets and Living Rooms” listening tour.

Inside the Red Arrow, Brown faced pointed questions about his New Hampshire ties.

Brown said “carpetbagger is a derogatory term” in New Hampshire even though roughly 60 percent of its people were born elsewhere, including the current and former Democratic governors. Gov. Maggie Hassan moved to the state in 1989. Shaheen, who was born in Missouri, has lived in New Hampshire for more than 40 years.

“Sen. Shaheen is not from here, but apparently it’s a problem with me?” Brown said during a brief interview outside the diner.

One of the original tea party favorites, Brown shocked the nation by winning the special election to replace Massachusetts Sen. Ted Kennedy in 2010. He was soundly defeated by Democratic Sen. Elizabeth Warren in 2012.

Brown’s camp privately acknowledges that residency will be a factor for some voters, but expects concerns to dissipate after he spends more time in the state. If nothing else, Brown is known as a tireless campaigner who connects well with voters. He plans to add thousands more miles campaigning across the state to the 285,000 already on his GMC Canyon.

Brown chuckled when Christine Kalinowski, 39, told him she was from “Southie,” or South Boston. She said she moved to New Hampshire just a few months ago, like him.

“I voted for him before,” she said, “and I’d definitely vote for him again.”