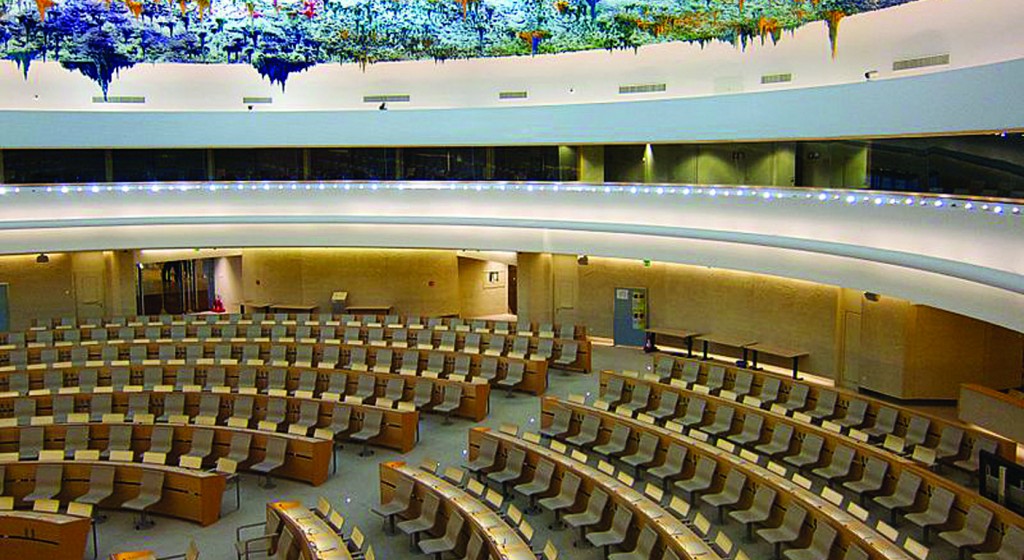 UNHRC took up five anti-Israel resolutions — including one that calls for a boycott of products from over the Green Line, while it will be voting on only one concerning Syria. Iran also earned only one condemnation, even though it has executed over 80 people this year.

The abovementioned resolution on Israel calls on member states “to take appropriate measures to ensure that businesses domiciled in their territory and/or under their jurisdiction, including those owned or controlled by them, that conduct activities in or related to the settlements, respect human rights throughout their operations, by taking all necessary steps —  including by terminating their business interests in the settlements — to ensure that their activities do not have an adverse impact on the human rights of the Palestinian people.”

Due to the Foreign Ministry strike, Israel was not represented at Monday’s UNHRC meeting.