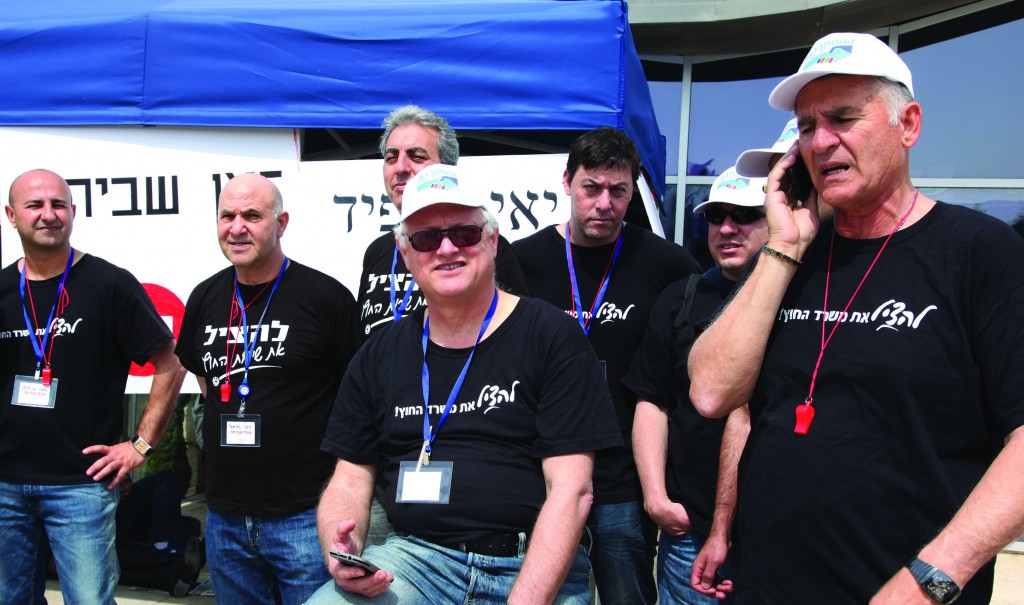 It may not be a very diplomatic way of going about things, but the Israeli Foreign Ministry workers strike certainly gets the message across that they’re not happy with current wages and working conditions.

It’s not just the sight of diplomatic personnel picketing the Ministry offices that is likely to bring an early end to the dispute. The walkout has so far forced the cancellation of visits by the Austrian and Norwegian Foreign Ministers and the King of Swaziland. Future visits by Pope Francis and the president of Micronesia are also at risk. Some 103 missions abroad have closed their doors, bringing embassy and consular functions to a halt.

The tone of the dispute is reflects the emotional buildup of almost two years of failed negotiations.

“Finance ministers are recklessly and irresponsibly working to do everything in their power to destroy the Foreign Ministry of the state of Israel,” Yair Frommer, Chairman of the Foreign Ministry Employees’ Union, told IDF Radio on Monday, referring to its refusal to give in to the union’s demands.

The Finance Ministry answered with a statement:

“The Union of the Foreign Ministry has taken the citizens of Israel hostage and harms the vital interests of the State. The Ministry has proposed solutions to the problem, but the Union is demanding more payment for senior officials — and this after an additional 20% pay raise added two years ago. The employment committee has refused the proposals and abandoned the mediation process unilaterally.”