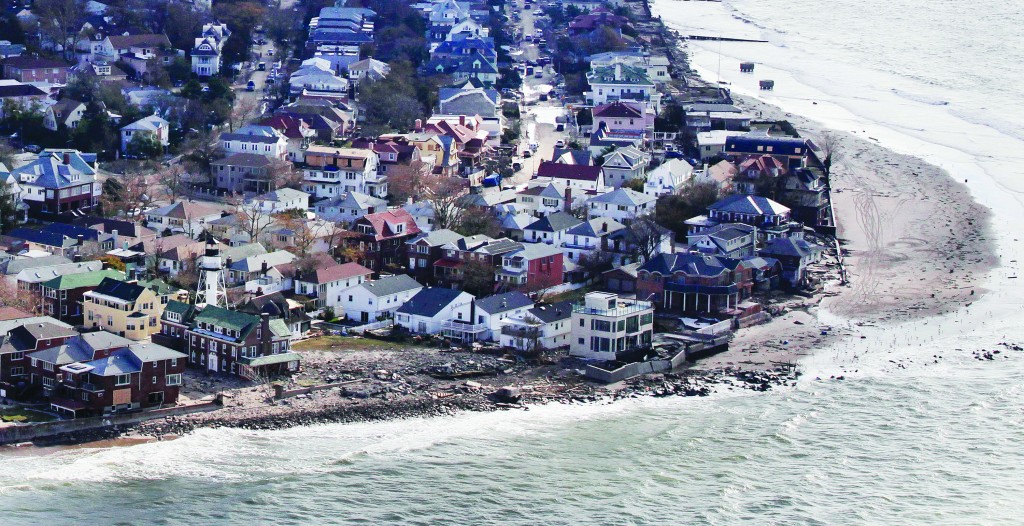 For Gay Alexander, Superstorm Sandy “is not over,” she says, her voice cracking as she speaks about the cost for flood insurance on her damaged Long Island home.

The single mother of two doesn’t have the money to fix a hole in her house in Long Beach still left from the October 2012 calamity. Alexander’s last flood insurance bill was $2,200, up from a pre-Sandy price of $1,200.

“And I can’t move out, because who will buy a house with insurance that keeps going up?” she says.

While President Barack Obama signed a law Friday that will delay the steep increases paid by Alexander and others, nearly 60,000 policyholders in New York are among the 1.1 million nationwide who will see their federally subsidized flood insurance rise.

The new law puts the brakes on a 2012 overhaul that aimed to shore up the cash-strapped program by requiring policyholders to immediately begin paying risk-based rates.

But 35 percent will still see their costs go up, including 12,083 in New York City. Homeowners will see rates rise by as much as 18 percent each year and owners of businesses and second homes will face an annual mandatory 25 percent increase until they switch to a risk-based rate.

“I’m scared,” says Alexander, a high school counselor. “I have no idea what’s going to hit me next.”