9/11 Museum Opens May 21 With Weeklong Event

A long-awaited museum dedicated to the victims of the Sept. 11 terrorist attacks will open to the public at the World Trade Center site on May 21, officials announced Monday. 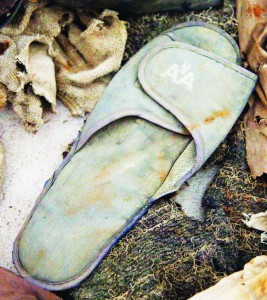 The opening will follow a May 15 ceremony and a six-day dedication period during which the museum will be open around the clock for 9/11 family members, rescue and recovery workers and others directly affected by the 2001 attacks, said Joe Daniels, president of the National 9/11 Memorial and Museum.

“We want to make sure that our doors are open for them to see it before the public does,” Daniels said.

The museum includes two core exhibits at the foundation of the Trade Center complex.

One of them, called “In Memoriam,” pays tribute to the 2,983 people killed in the Sept. 11, 2001, attacks as well as the six people killed in a truck bombing at the trade center on February 26, 1993. The other, a three-part historical exhibition, tells the story of Sept. 11 and explores what led to the terrorist strikes.

Planners had originally hoped that the museum could open in 2011, on the 10th anniversary of the attacks. Construction delays were made worse by flooding caused by Superstorm Sandy and by a funding dispute with the site’s owner, the Port Authority of New York and New Jersey, stopping all work for nearly a year.

The planned ticket price of $24 has angered some Sept. 11 family members. But Daniels said there will be no admission charge for relatives of Sept. 11 victims or for rescue and recovery workers. Children age 6 and younger will get in free, and admission will be free for everyone on Tuesdays from 5 p.m. until 8 p.m.

There will continue to be no charge to enter the World Trade Center memorial plaza, which is already open. About 5.3 million people visited the plaza last year to see the two huge fountains that sit in the original footprints of the twin towers.

This article appeared in print on page 1 of the March 25th, 2014 edition of Hamodia.