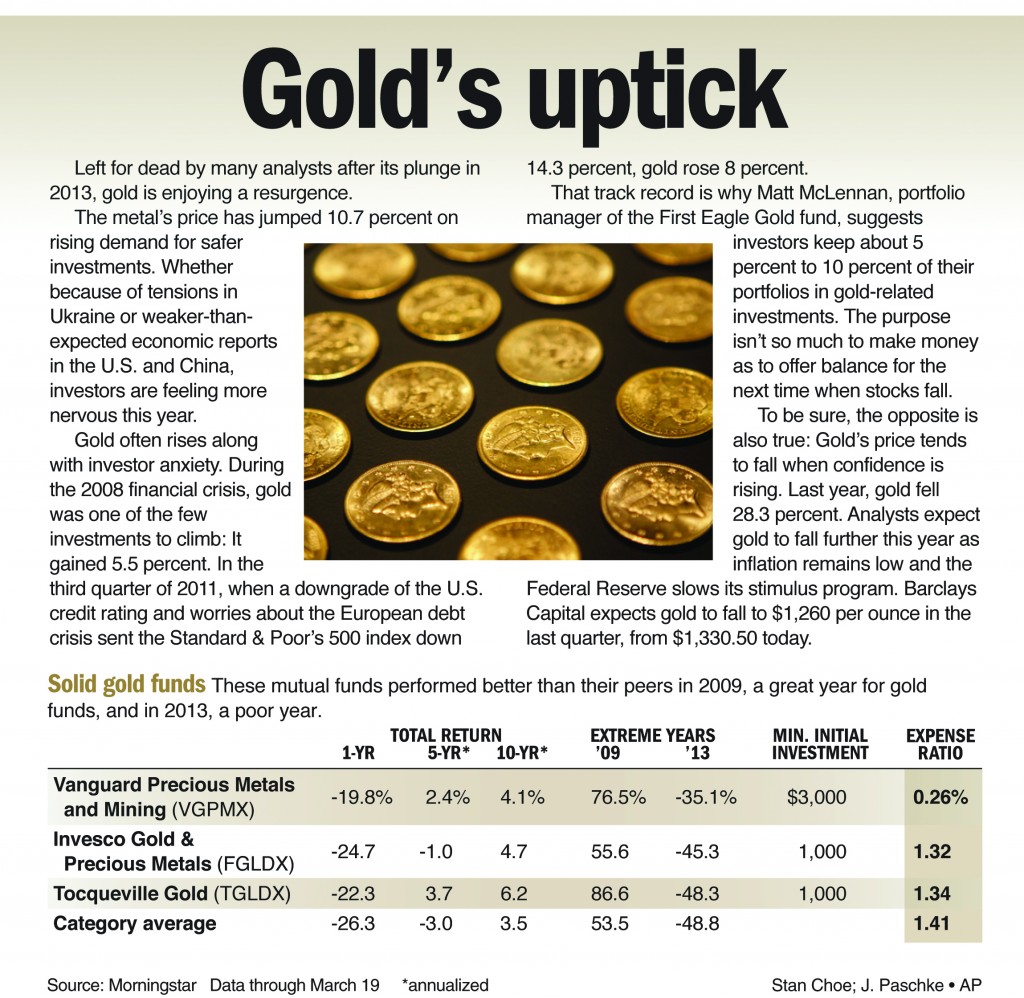 Palladium prices rose sharply Friday, as traders feared that continuing tensions with Russia could result in fewer exports of the metal.

Traders fear that Western sanctions against Russia could obstruct exports of the metal. Russia is a major producer of palladium, which is used in products including catalytic converters for automobiles.

Other metal prices were mixed.