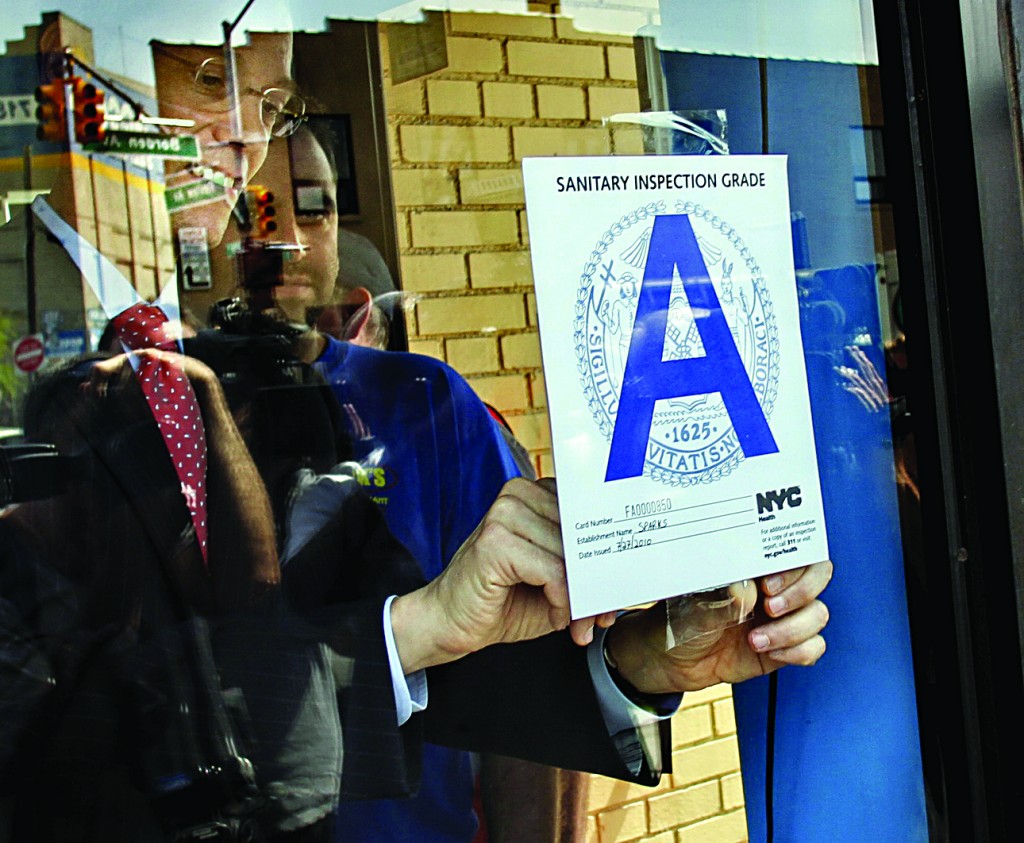 The New York City letter-grade restaurant system has been revamped by the City Council with an eye toward easing the burden of fines on restaurant owners.

The changes will maintain the grading system implemented by former Mayor Michael Bloomberg but will add consistency to fines given out during inspections, according to City Council Speaker Melissa Mark-Viverito. The new provisions could reduce overall city revenues earned by fines by up to 25percent annually.

Councilman David Greenfield, who has pushed for the changes, said that the new rules will greatly help diners and pizzerias in Boro Park and Flatbush.

“These reforms mark the culmination of years of hard work,” Greenfield, a Brooklyn Democrat, said in a statement Friday.

The changes fulfill a campaign promise by Mayor Bill de Blasio and are another example of the administration and the City Council marching in lockstep. Close political allies, the speaker and the mayor each connected the changes to the fine structure to their focus on the city’s less fortunate.

“We heard from innumerable small business owners of unequal treatment,” de Blasio said. “We want to change orientation of city agencies from a punitive one of educating and working with small business.”

The letter grade system was implemented in 2010, marking restaurants on an A to F scale and requiring the scores to be posted prominently in the restaurant, though eateries that score below a C tend to post a sign that indicates that the grade is being appealed.

The grading system will remain, as well the frequency of inspections. But under the new five-point plan, diners can request free inspections that do not result in fines. And, if they get a violation, it is easier to fix the mistake and have the fine cancelled.

Additionally, the fines will be stabilized; previously, they could fluctuate by hundreds of dollars depending on the judge who heard a diner’s appeal.

“We want to balance safety and fairness,” said city health chief Mary Bassett. “Our goal is to achieve more transparency.”

In 2010, the city raised $32.8 million in restaurant fines. Two years later, it reached $52 million. Due to previous adjustments approved by City Council Speaker Christine Quinn, that revenue began to decline a year ago. With the new changes, the overall fines are expected to drop $20 million a year from their high-water mark.