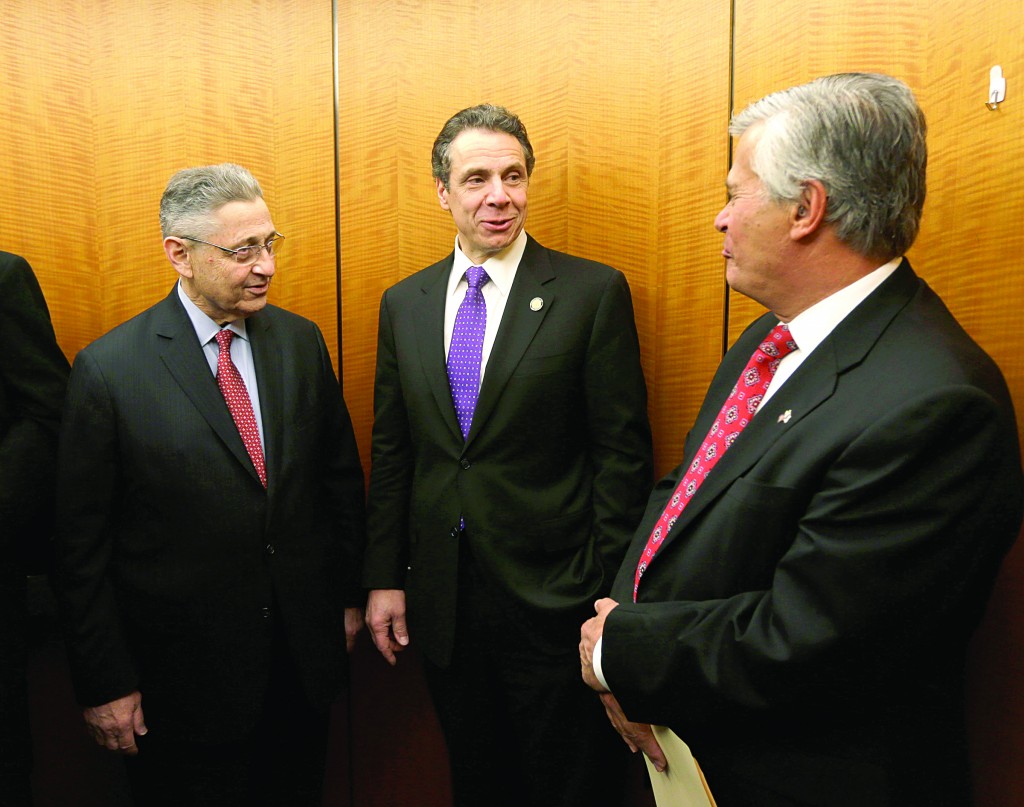 The Legislature’s top Republican hastily left budget negotiations Friday complaining there was too much emphasis on Mayor Bill de Blasio when it comes to prekindergarten funding.

“So far as I’m concerned, we have a problem right now,” said Senate Majority co-leader Dean Skelos, leaving the closed-door meeting. “From the very beginning, I’ve indicated that I’m looking to have balance throughout the state when it comes to tax cuts, when it comes to education aid, and it seems that certain members in the room that represent another branch, their only concern is about New York City and Mayor de Blasio.”

Citywide pre-K has become a signature issue for de Blasio, who wants to fund it with a tax increase. Cuomo and the Senate GOP both oppose the tax hike.

Democratic Assembly Speaker Sheldon Silver said he suspected he was the target of Skelos’s irritation and was unapologetic. He went as far as to compare the Senate’s budget resolution to fiction.

“I’m not sure what the Senate proposed,” Silver told reporters. “It’s hard to read that resolution and read the fiction.”

A budget must be voted on by April 1.