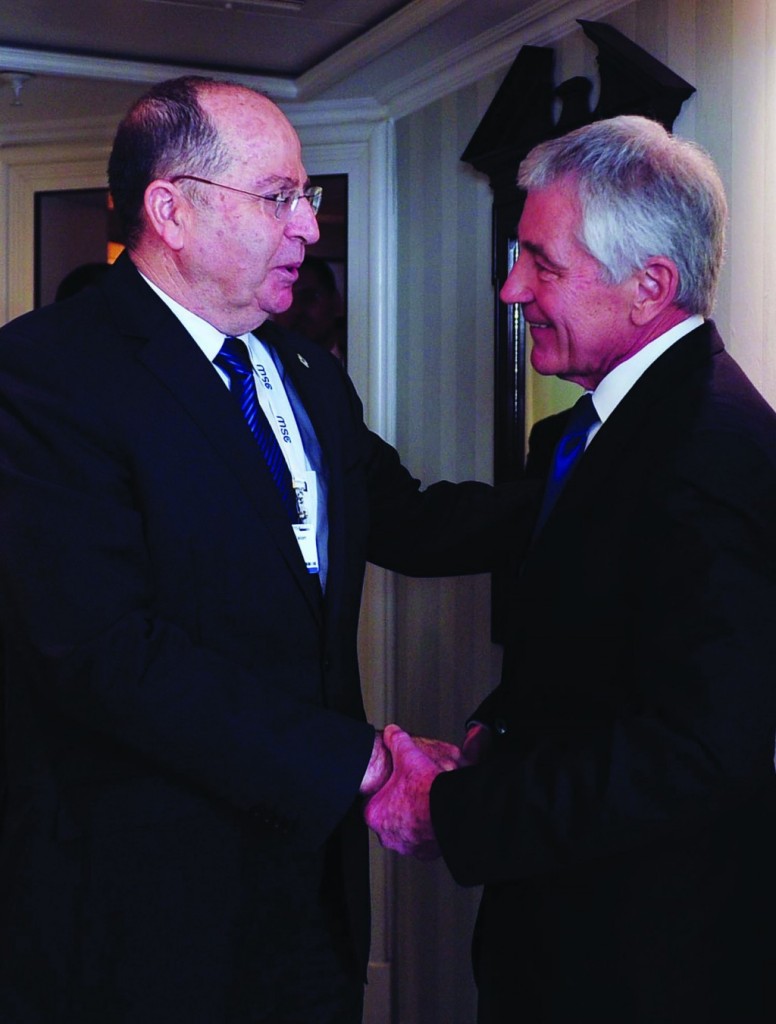 Israeli Defense Minister Moshe Yaalon has told Washington he did not mean to cause offense in a speech that was critical of U.S. policies, and Israeli officials said they hoped the matter was behind them.

In a lecture at Tel Aviv University on Monday, Yaalon said Israel could not rely on its main ally to take the lead in confronting Iran over its nuclear program.

He also pointed to Ukraine’s crisis as an example of Washington “showing weakness.”

Looking to soothe tensions, Yaalon’s office put out a statement late on Wednesday, saying he had spoken to his U.S. counterpart, Secretary of Defense Chuck Hagel.

“There was no opposition or criticism or intention to offend the United States or our relations in my remarks,” Yaalon told Hagel in a phone call, the statement said.

“The strategic ties between our countries have a supreme importance, as do our personal ties and mutual interests.”

While the statement did not refer to any apology, Israeli Minister of Strategic Affairs Yuval Steinitz did.

“I think minister Yaalon did the right thing, explained everything in his apology, and I really hope there was no serious harm done to the strategic ties between Israel and the United States,” Steinitz told Israel Radio on Thursday.

Hagel, according to the statement, thanked Yaalon for his explanation.

“I appreciate our personal relationship and the relations between our countries, and appreciate what you said about the commitment to those relations,” Hagel was quoted as saying.