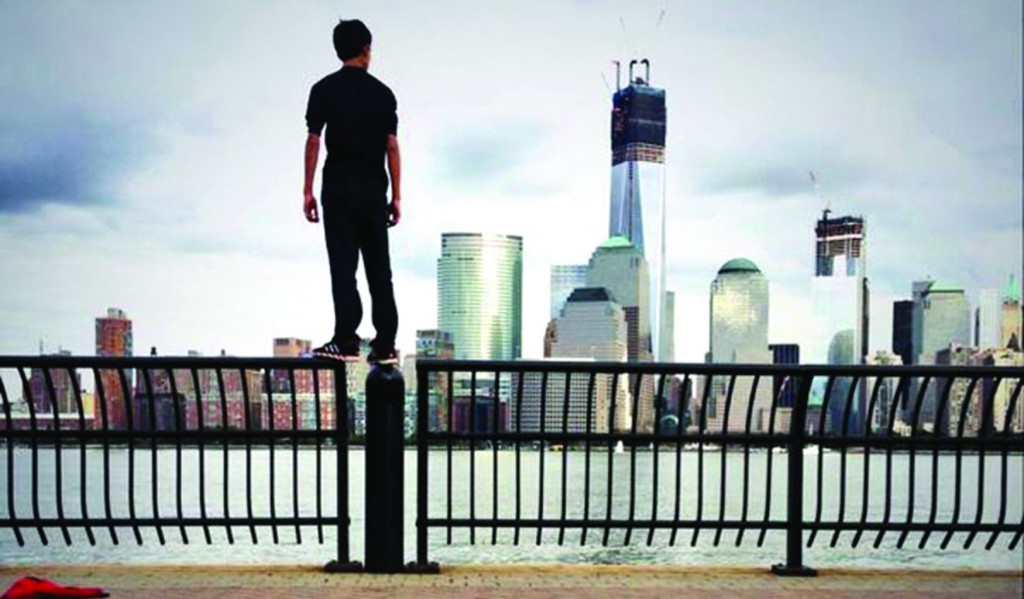 A 16-year-old bypassed “inattentive” security in the middle of the night and climbed a ladder to the spire of 1 World Trade Center, the nation’s tallest building, where he apparently took pictures, authorities said Thursday.

Justin Casquejo of Weehawken, N.J., was arrested at 6 a.m. Sunday and charged with misdemeanor criminal trespass. He was released without bail after being arraigned shortly after midnight Monday.

According to a criminal complaint, Casquejo told police, “I walked around the construction site and figured out how to access the Freedom Tower rooftop. I found a way up through the scaffolding, climbed onto the 6th floor, and took the elevator up to the 88th floor. I then took the staircase up to 104th (floor). I went to the rooftop and climbed the ladder all the way to the antenna.”

He was arrested on the premises, and his camera and cellphone were seized after authorities obtained a search warrant.

Casquejo got onto the construction site of the nearly completed tower through a 1-foot opening in a fence and eluded a sleeping security guard on the 104th floor. The guard, who worked for an outside contractor, has been fired.

The criminal trespass charge is a misdemeanor punished by up to three months in jail. The simple trespass is a violation punishable by up to 15 days in jail.

The complaint said the teen was observed inside the tower beyond numerous posted signs that stated: “Do not enter. No trespassing. Violators will be prosecuted.”

“The defendant knowingly entered and remained unlawfully in a building and upon real property which was fenced and otherwise enclosed in a manner designed to exclude intruders,” the court papers said.

Authorities were still trying to determine Casquejo’s motive. He took pictures from the top of the building, where he stayed for about two hours.

Patrick Flores, 18, who grew up with Casquejo and lives in the same apartment building as him, described his friend as “a really good kid” who has always been highly interested in adventure.

“He was always the one climbing the cliffs, doing something stupid,” Flores said, referring to the cliffs on which Weehawken sits, across the Hudson River from Manhattan, with clear views of the World Trade Center and the rest of the Manhattan skyline. “But that was him, that was his life.”