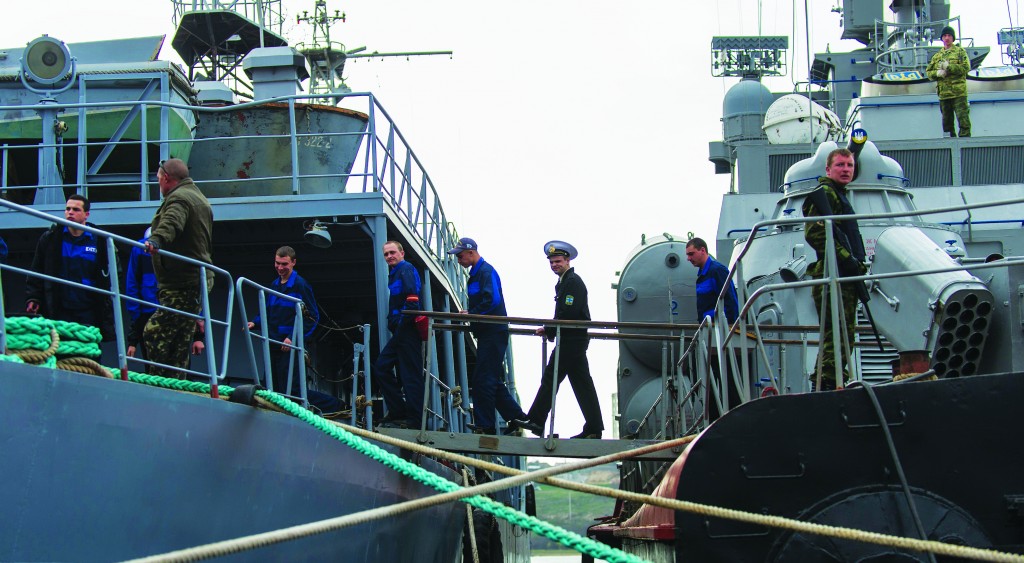 President Barack Obama raised the stakes in an East-West confrontation over Crimea on Thursday by targeting some of Russian President Vladimir Putin’s closest long-time political and business allies with personal sanctions.

The extension of visa bans and asset freezes into Putin’s inner circle came as Moscow rushed to consolidate the annexation of the Black Sea peninsula, seized from Ukraine last month, and to boost its military presence in the region.

Russian troops took over three Ukrainian warships in Crimea on Thursday, using stun grenades in one incident, a Ukrainian spokesman said. Kiev also said it had begun withdrawing its border guards, surrounded and outnumbered by Russian forces, from Crimea to the mainland.

The 20 names added to the U.S. blacklist included Kremlin banker Yuri Kovalchuk and his Bank Rossiya, major oil and commodities trader Gennady Timchenko and the brothers Arkady and Boris Rotenberg, linked to big contracts on gas pipelines and at the Sochi Olympics, as well as Putin’s chief of staff and his deputy, the head of military intelligence and a railway chief.

Most grew rich after being associated with Putin since the former KGB officer began his ascent to power in the mayor’s office of St Petersburg in the 1990s.

In a statement explaining the sanctions, the U.S. Treasury said: “Gennady Timchenko is one of the founders of Gunvor, one of the world’s largest independent commodity trading companies involved in the oil and energy markets.

“Timchenko’s activities in the energy sector have been directly linked to Putin. Putin has investments in Gunvor and may have access to Gunvor funds.”

Putin has denied any link with Gunvor in the past. The Swiss-based oil trading firm said in a statement that Putin had no ownership of Gunvor and “any understanding otherwise is fundamentally misinformed and outrageous.”

Moscow reacted by announcing its own sanctions against senior U.S. politicians in retaliation against visa bans and asset freezes imposed by Washington on its citizens, with the foreign ministry saying U.S. action would “hit the United States like a boomerang.”

European Union leaders were meeting in Brussels to step up their own measures against Russia. Officials said that while the EU would add a dozen names to its sanctions list and cancel a planned EU-Russia summit in Sochi, it would not go as far as Washington in hitting Putin’s money men.

“We will be a step behind the Americans,” a senior European diplomat said.

With Washington trying to tighten the screws on Moscow, Putin told Russian company bosses to bring their assets home to help the nation survive the sanctions and an economic downturn.

In a potentially ominous move, Obama said he had signed a new executive order that clears the way for U.S. sanctions against broad sections of the Russian economy, should Putin’s military make moves beyond Crimea and into southern and eastern Ukraine which also have large Russian-speaking populations.