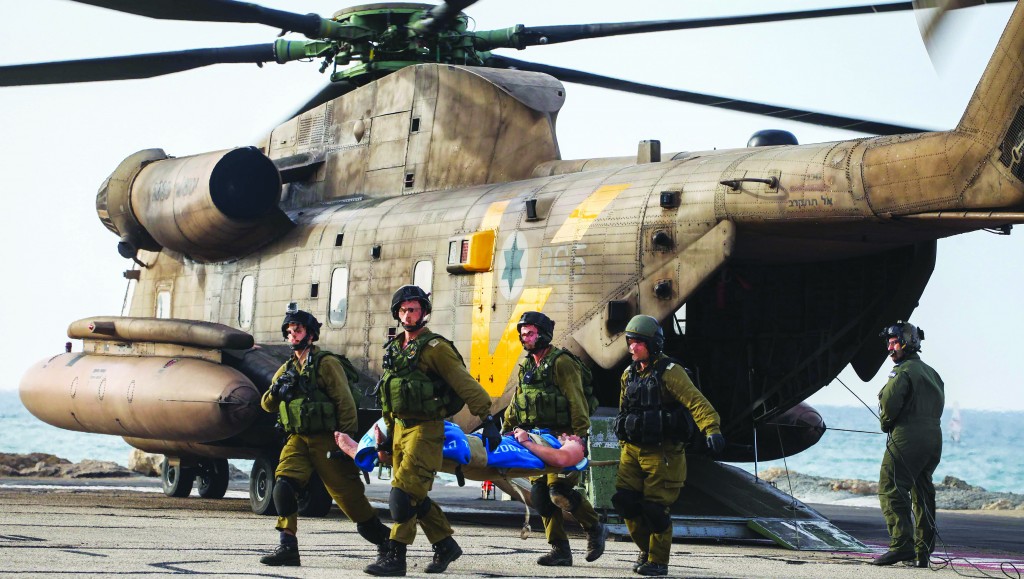 An explosion in the Golan Heights wounded four Israeli soldiers, one seriously, in a patrol jeep near the Syrian frontier on Tuesday.

Israeli forces responded with Tammuz missiles and artillery fire into Syrian-held territory at targets identified by the IDF as  linked to those who planted and set off the explosive device, Israeli Army Radio said. Direct hits were confirmed.

The military sources said the blast was apparently caused by a roadside bomb planted near the border fence.

Two weeks ago, Israeli troops shot two fighters belonging to Lebanon’s Hizbullah group near the fence between the Golan Heights and Syrian-held territory.

The Israeli army said they had been trying to plant a bomb near the barrier.

Israel has accused Hizbullah, which is helping Syrian President Bashar al-Assad in the conflict, of setting up positions on the other side of the boundary fence.

On Friday, an explosive device was detonated against Israeli soldiers patrolling the nearby border with Lebanon, an incident which the army said caused no injuries.