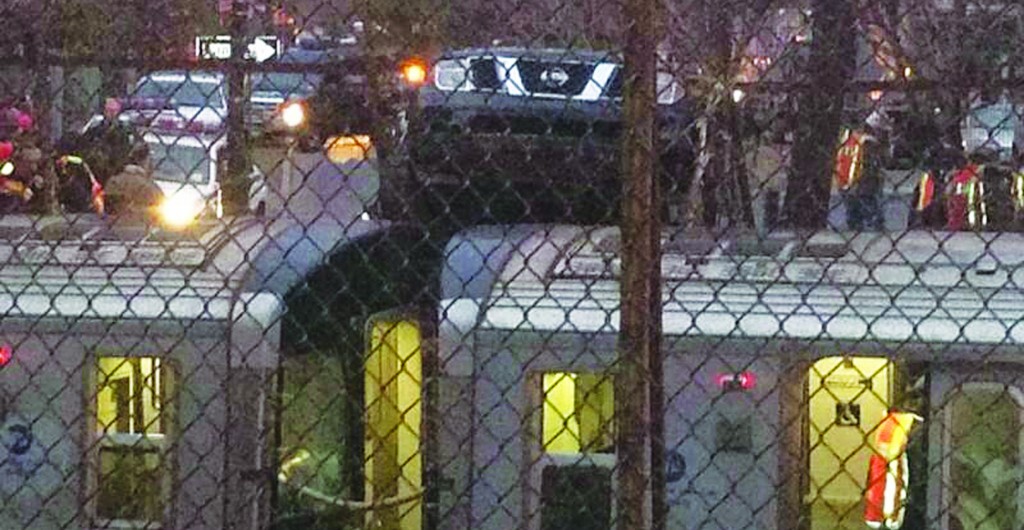 An out-of-control SUV crashed through a fence that landed on a subway train in Prospect Park. No one was injured, but the driver, a woman, fled the scene.

The MTA said that damage to the train was minimal.

The SUV was traveling along East 16th Street near Albermarle Road when it struck the fence around 5 a.m. Wednesday, landing lightly on a passing Q train. A rescue train transferred passengers to the Church Avenue Station and the SUV was removed around 7:15 a.m.

DNAinfo.com noted that the odd crash of the Nissan SUV’s female driver unfolded eerily similar to a recent advertisement that Nissan aired in which a female SUV driver late for work mounts a cement ramp, sails into the air, and lands atop a fast-moving train.

“Fantasy, do not attempt. Cars can’t jump on trains,” the ad warns in small text at the bottom of the screen.