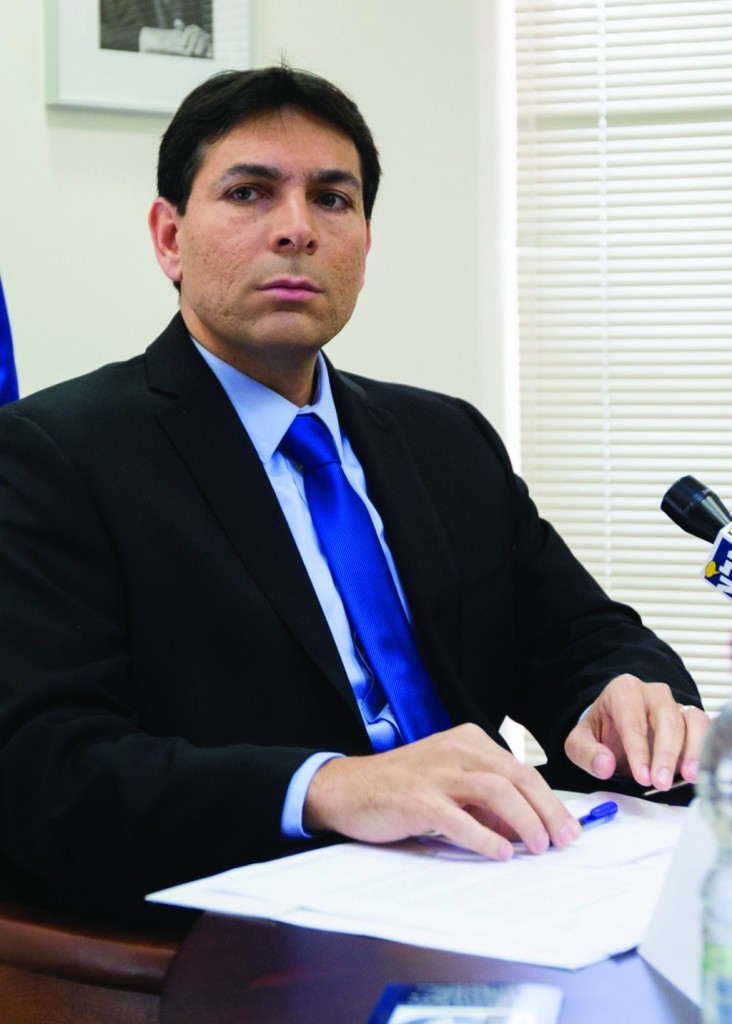 Deputy Defense Minister Danny Danon threatened to resign on Wednesday if the government goes ahead with the scheduled release of Palestinian prisoners at the end of March, The Times of Israel reported.

“I have come to a decision: I will not be part of the executive branch — the cabinet — if it approves and goes through with an additional prisoner release as part of the ‘fourth round’ that is supposed to take place on the 28th of this month,” he wrote in a letter addressed to Prime Minister Binyamin Netanyahu.

“The day that the first Palestinian murderer walks free from prison, I will submit a letter of resignation from my post of deputy defense minister of the Israeli government.”

Danon argues that the unlikelihood that the peace talks will yield any agreement makes the prisoner release unwarranted.

“Those who supported the release claimed that it is a worthwhile price to pay for the hope of advancing peace with the Palestinians,” he wrote. “In the meantime it has become clear that, as expected, the Palestinians took advantage, and not for the first time, of our desire for peace and naivete, to trick us. They pretended to negotiate, and we released vile murderers.”

Israel agreed to the release of 104 long-serving Palestinian prisoners in four stages as part of a package to relaunch peace talks last July.

But after keeping their word and carrying out the first three releases, Israeli officials are now openly expressing doubt about the Palestinians keeping theirs.

Even Israel’s chief negotiator, Justice Minister Tzipi Livni, a stalwart proponent of the talks, voiced doubts this week about Palestinian intentions, and noted that the commitment to release prisoners was always contingent on a serious negotiating effort.

“In recent weeks, Mahmoud Abbas has been unmasked, and it is clear that nothing will come of the negotiations,” Danon said. “I will not sit in a government that releases terrorists in exchange for the fantasies of Tzipi Livni. There is a limit to how often you can be suckers for Livni and Erekat’s smiles.”