National Another Bush Run for the White House? Jeb May Be Up for It
National 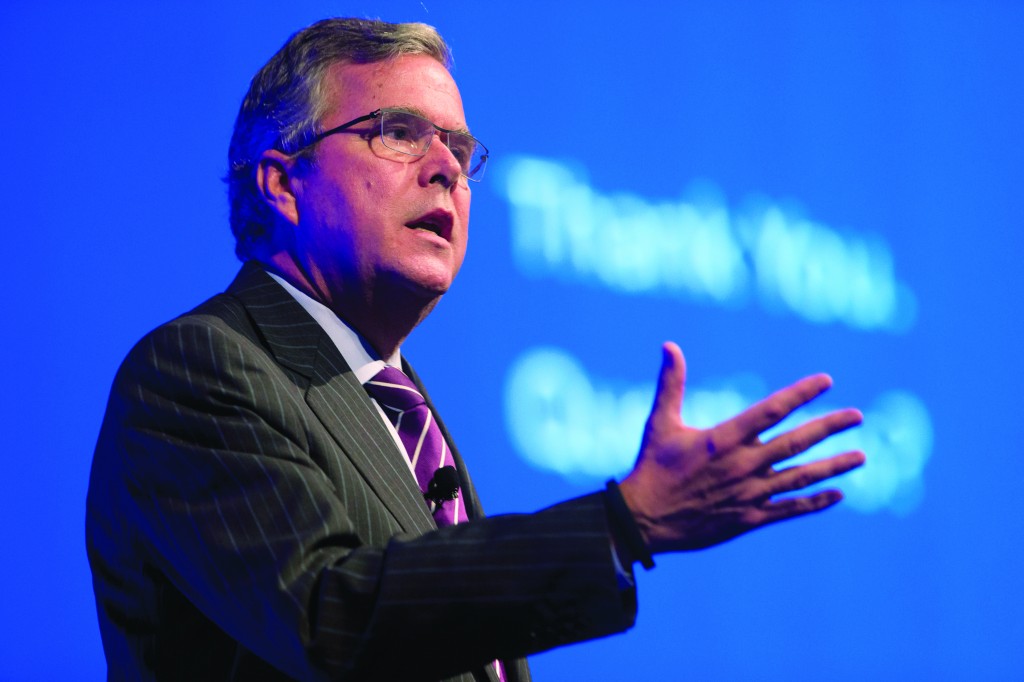 By all appearances, former Florida governor Jeb Bush is a man on a mission.

His itinerary for the next several weeks includes stops in Tennessee, New Mexico and Nevada to appear with Republican candidates in this fall’s elections or help them raise money for their campaigns.

And then he speaks at a dinner ahead of a Republican Jewish Coalition meeting featuring several potential Republican presidential contenders at the Venetian Hotel in Las Vegas. The hotel is owned by casino magnate Sheldon Adelson, who gave over $100 million to Republican candidates in 2012.

So what, exactly, is Jeb Bush up to? Could Bush, 61, the son of a U.S. president and the brother of another, quietly be laying the groundwork for a historic attempt to become the third member of his family to occupy the White House?

When Bush is asked if he will run in 2016, he deflects, saying he will decide by the end of this year based on family considerations and whether he thinks he can run “joyfully.”

But several other people close to him say that now more than ever, there are signs he might look past several potential hurdles — including polls that suggest Americans are not exactly enthralled with the idea of another President Bush — and seriously consider stepping into the fray.

At this point in previous election cycles when his name has surfaced, Bush has told friends, staffers and fellow Florida politicians that he would not run. However, he “has not given anyone the wave-off at this point” for 2016, said a Washington-based Republican strategist familiar with Bush’s discussions about the presidency.

To the contrary, this strategist said, Bush has in place an “inner circle” of fewer than a dozen people who are in regular contact with him weighing the pros and cons of running. “They are at the beginning of a very serious conversation.”

A former Bush campaign aide who remains in contact with the former governor said this year’s speculation is more warranted than that in previous years: “He’s really giving it true consideration. Possibly if you’d asked two years ago, we’d say, ‘Oh gosh, I don’t think he’d do this.’ But I think he’s giving it a real, serious look now.”