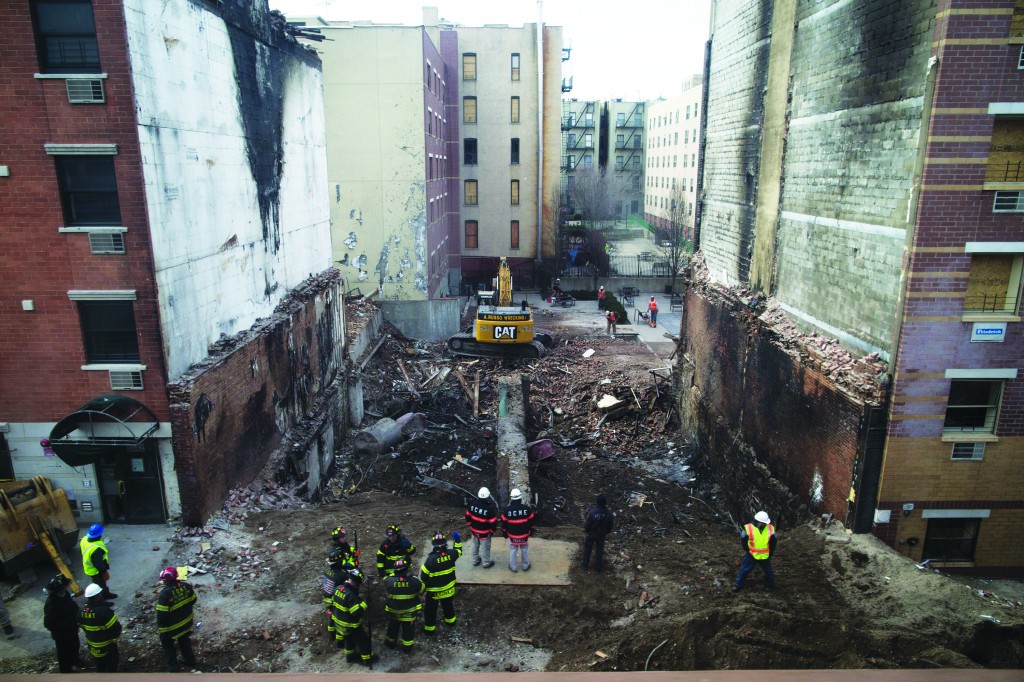 Investigators continued to examine the circumstances of the Wednesday blast that also left more than 60 injured. All of the deaths were ruled accidental.

The blast erupted about 15 minutes after someone from a neighboring building reported smelling gas. The National Transportation Safety Board, which investigates pipeline accidents, said Friday that underground tests conducted in the hours after the explosion registered high concentrations of natural gas.

On Monday, emergency workers continued to sift through debris at the East Harlem site in search of clues that might reveal what caused the blast. The investigation is focused on basement meters and pipes, and on possible ignition sources, such as light switches, officials said.

Camacho was a Hunter College security officer; Tanco, 67, a dental hygienist who participated in church-sponsored medical missions to Africa and the Caribbean; Panagopoulos, 43, a musician from Greece; Hernandez, 22, a restaurant cook from Mexico; Barrios, 43, the mother of Hernandez; Amadeo, 44, a handyman; and Salas, 22, a restaurant worker. Nakamura, 34, was from Japan.

A fundraising drive has been launched to help those affected by the explosion. The money will support a relief plan that includes a victims’ assistance fund to go toward funeral arrangements, rent and household expenses. The plan also includes counseling and outreach to immigrant communities.

The first lawsuit related to the explosion was filed on Monday, with a woman claiming that Con Edison was responsible for her “severe and permanent injuries” when the explosion caused her to fall in her apartment more than a block away.

Michelle Nelson, 46, says that Con Edison and the building’s owner neglected their “duty to keep … the premises in a safe, proper and secure manner.”