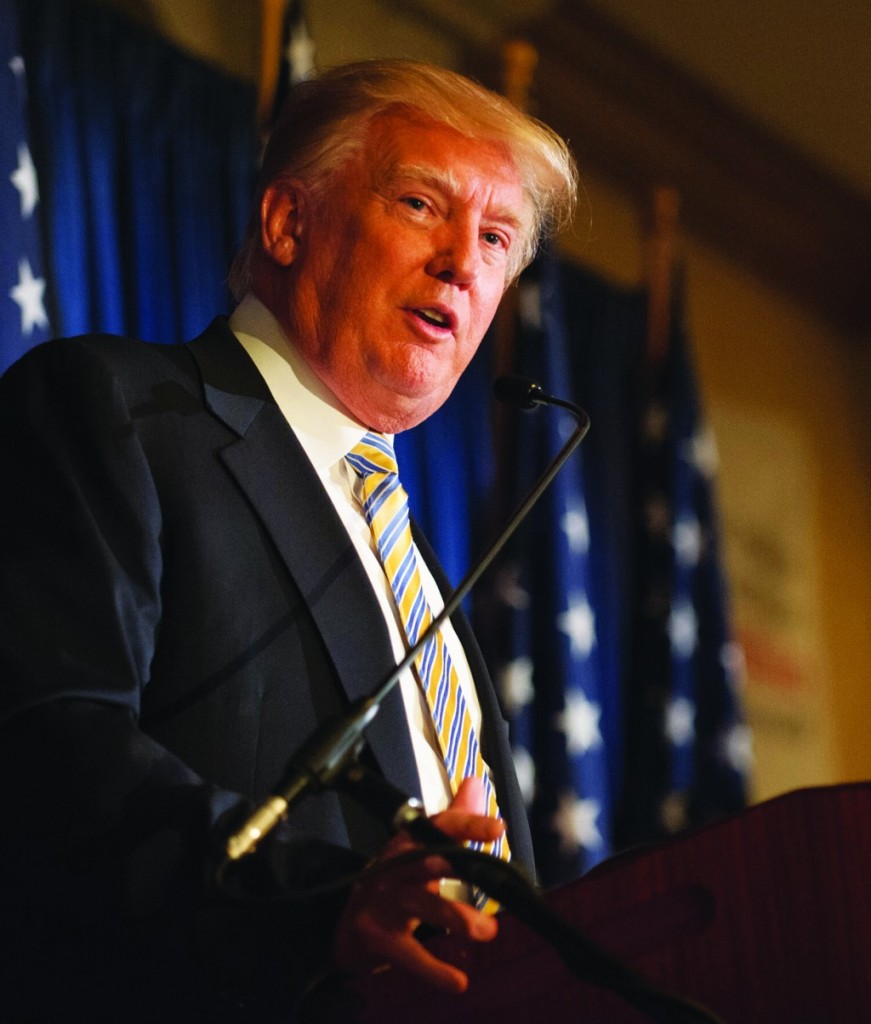 Real estate mogul Donald Trump said Friday he will not run for governor and criticized the state’s Republican Party for failing to unify behind him.

“While I won’t be running for Governor of New York State, a race I would have won,” he said in an online post, “I have much bigger plans in mind — stay tuned, will happen!”

Trump had been flirting with challenging Democratic Gov. Andrew Cuomo for a few months, but he had said he would run only if he faced no rival for the Republican nomination.

Westchester County Executive Rob Astorino announced this month that he will seek the Republican nomination for governor.

New York Republican State Committee spokesman David Laska said, “We’re sorry that he won’t be bringing his talents to the gubernatorial race this year, but we respect his decision.”

An Astorino campaign spokeswoman said, “We’re grateful for his past support and look forward to following his future endeavors.”

Trump has toyed with running for office several times. He briefly discussed running for governor of New York in 2006 and talked about White House bids in 2000, 2004 and 2008 before pulling the plug every time.

Several of New York’s Republican county leaders had been courting Trump to challenge Cuomo in November. Supporters see him as having the name recognition and money needed to successfully challenge Cuomo.

Potential voters favored Cuomo over Astorino by 63 percent to 28 percent in a Quinnipiac University poll released last month before Astorino formally entered the race. Cuomo’s lead over Trump was 63 percent to 26 percent in the poll.