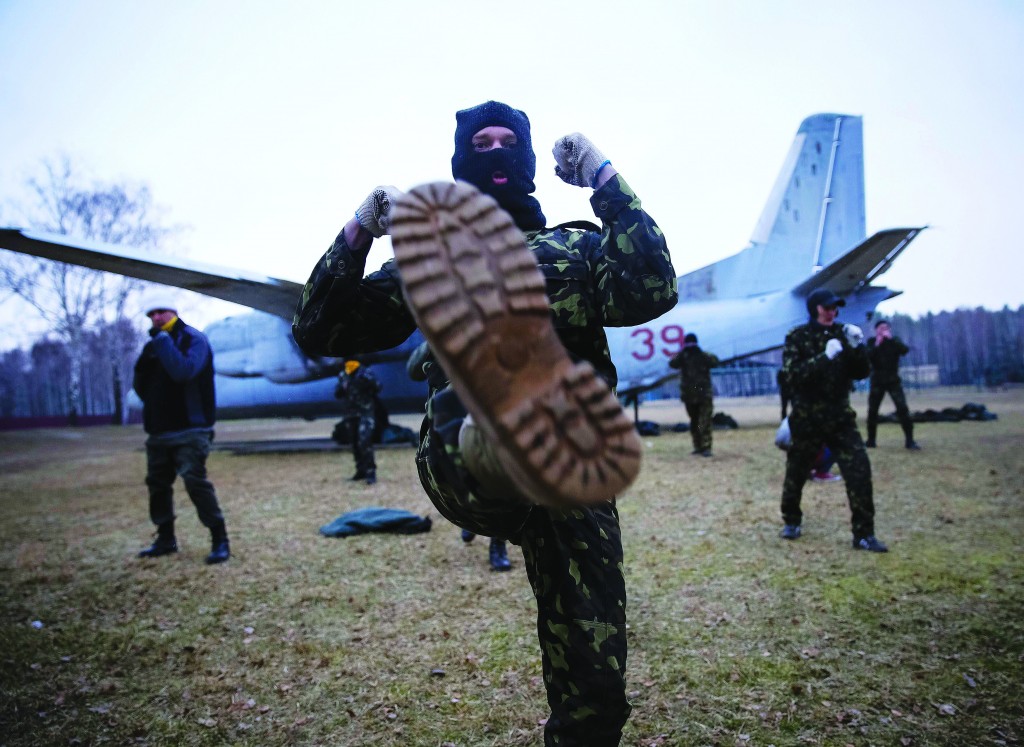 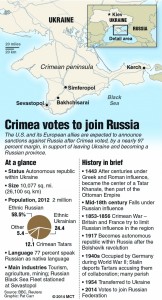 Ignoring the toughest sanctions against Moscow since the end of the Cold War, Russian President Vladimir Putin recognized Ukraine’s Crimean Peninsula as an “independent and sovereign country” on Monday, a bold challenge to Washington that escalates one of Europe’s worst security crises in years.

Moscow showed no signs of flinching in the dispute that has roiled Ukraine since Russian troops took effective control of the strategic Black Sea peninsula last month and supported the Sunday referendum that overwhelmingly called for annexation by Russia. Recognizing Crimea as independent would be an interim step in absorbing the region.

Crimea had been part of Russia since the 18th century, until Soviet leader Nikita Khrushchev transferred it to Ukraine in 1954 and both Russians and Crimea’s majority ethnic Russian population see annexation as correcting a historic insult.

Ukraine’s turmoil — which began in November with a wave of protests against President Viktor Yanukovych and accelerated after he fled to Russia in late February — has become Europe’s most severe security crisis in years.

Russia, like Yanukovych himself, characterizes his ouster as a coup, and alleges the new authorities are fascist-minded and likely to crack down on Ukraine’s ethnic Russian population. Pro-Russia demonstrations have broken out in several cities in eastern Ukraine near the Russian border, where the Kremlin has been massing troops.

In the Crimean capital of Simferopol, ethnic Russians applauded Sunday’s referendum that overwhelmingly called for secession and for joining Russia. Masked men in body armor blocked access for most journalists to the parliament session that declared independence, but the city otherwise appeared to go about its business normally.

“We came back home to Mother Russia. We came back home, Russia is our home,” said Nikolay Drozdenko, a resident of Sevastopol, the key Crimean port where Russia leases a naval base from Ukraine.

A delegation of Crimean officials was to fly to Moscow on Monday and Putin was to address both houses of parliament Tuesday on the Crimean situation, both indications that Russia could move quickly to annex.

In Kiev, acting President Oleksandr Turchynov vowed that Ukraine will not give up Crimea.

“We are ready for negotiations, but we will never resign ourselves to the annexation of our land,” a somber Turchynov said in a broadcasted address to the nation. “We will do everything in order to avoid war and the loss of human lives. We will be doing everything to solve the conflict through diplomatic means. But the military threat to our state is real.”

The Crimean parliament declared that all Ukrainian state property on the peninsula will be nationalized and become the property of the Crimean Republic. It gave no further details. Lawmakers also asked the United Nations and other nations to recognize it and began work on setting up a central bank with $30 million in support from Russia.