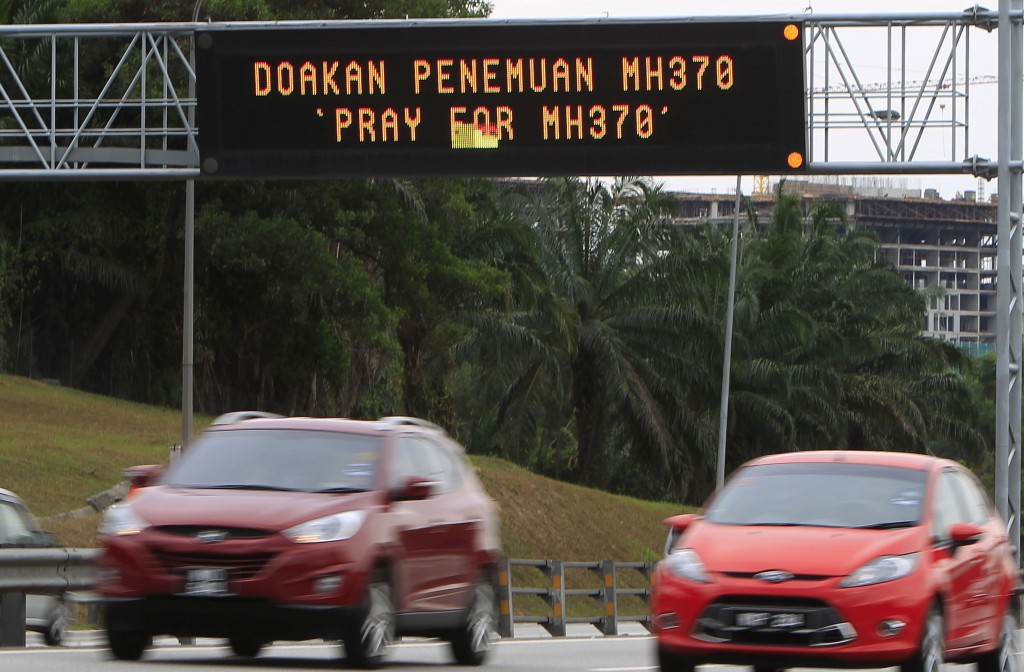 Officials revealed a new timeline Monday suggesting the final voice transmission from the cockpit of the missing Malaysian plane may have occurred before any of its communications systems were disabled, adding more uncertainty about who aboard might have been to blame.

The search for Flight 370, which vanished early March 8 while flying from Kuala Lumpur to Beijing with 239 people on board, has now been expanded deep into the northern and southern hemispheres.

Australian vessels scoured the southern Indian Ocean and China offered 21 of its satellites to help Malaysia in the unprecedented hunt.

With no wreckage found in one of the most puzzling aviation mysteries of all time, relatives of those on the Boeing 777 have been left in an agonizing limbo.

Investigators say the plane was deliberately diverted during

its overnight flight and flew off-course for hours. They haven’t ruled out hijacking, sabotage, or pilot suicide, and they are checking the backgrounds of the 227 passengers and 12 crew members, as well as the ground crew, to see if links to terrorists, personal problems or psychological issues could be factors.

“The fact that there was no distress signal, no ransom notes, no parties claiming responsibility, there is always hope,” Hishammuddin said at a news conference.

Malaysian Airlines CEO Ahmad Jauhari Yahya said an initial investigation indicated that the last words heard from the plane by ground controllers — “All right, good night” — were spoken by the co-pilot, Fariq Abdul Hamid. Had it been a voice other than that of Fariq or the pilot, Zaharie Ahmad Shah, it would be the clearest indication yet of something amiss in the cockpit before the flight went off-course.

Malaysian officials said earlier that those words came after one of the jetliner’s data communications systems — the Aircraft Communications Addressing and Reporting System — had been switched off, suggesting the voice from the cockpit may have been trying to deceive ground controllers.

Ahmad said that while the last data transmission from ACARS, which gives plane performance and maintenance information, came before that, it was unclear at what point the system was switched off, making any implications of the timing murkier.

The new information opened the possibility that both ACARS and the plane’s transponders, which make the plane visible to civilian air traffic controllers, were turned off at about the same time.

Airline pilots cautioned against reading too much into what little is known so far about the actions of the Malaysia Airline crew.

“You can’t take anything off table until everything is on table, and we don’t even have an aircraft,” said Boeing 737 pilot Mike Karn, president of the Coalition of Airline Pilots Associations.

Authorities have pointed to the shutdown of the transponders and the ACARS as evidence that someone with a detailed knowledge of the plane was involved. But Bob Coffman, an airline captain and former 777 pilot, said that kind of information is probably available on the Internet.