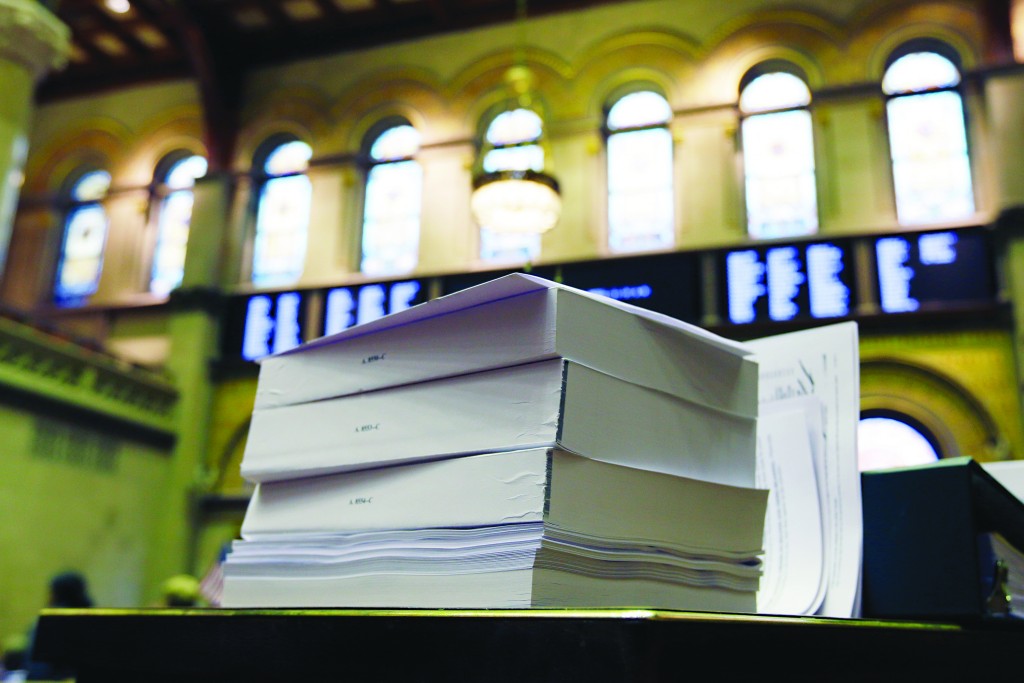 Labor unions and advocacy groups intensified their lobbying of the state Senate leadership Wednesday to include in its budget resolutions the Dream Act and public campaign financing, a pair of measures the Democrat-controlled Assembly was scheduled to vote on.

The New York Dream Act would allow students in the country illegally to access to state tuition assistance programs. Senate Independent Democratic Conference leader Jeff Klein and the rest of the members of the breakaway Democratic conference, who control the Senate with the Republicans, support the measure. But it’s opposed by Senate Republicans and hasn’t come to the floor for a vote.

The lobbying comes as Senate Republicans and the breakaway Democrats tried to agree on a fiscal plan that will outline that chamber’s positions in budget negotiations. Gov. Andrew Cuomo and legislative leaders face an April 1 deadline to finalize a spending plan.

The Dream Act and a public campaign financing measure are included in the Assembly resolution, which was to be voted on Wednesday. The Assembly budget also would give New York City the authority to impose an income tax surcharge on people earning more than $500,000 to fund universal pre-kindergarten — a provision Mayor Bill de Blasio supports. Cuomo and Senate Republicans want to fund statewide pre-K with existing funds.

Assembly budget bills include a provision for legalizing medical marijuana in New York, $22.2 billion in school aid and a tax relief package that has some key differences from the one Cuomo included in his budget proposal.

The Assembly rejected Cuomo’s proposed “freeze” on property taxes through rebates to homeowners in jurisdictions that meet cost-cutting and shared-services goals. Instead, they propose a $1.1 billion “circuit breaker” that takes into account property tax burdens relative to homeowner income. Homeowners earning less than $200,000 a year would be eligible.