World Obama Calls for a ‘Rethinking’ on Crimea Vote
World 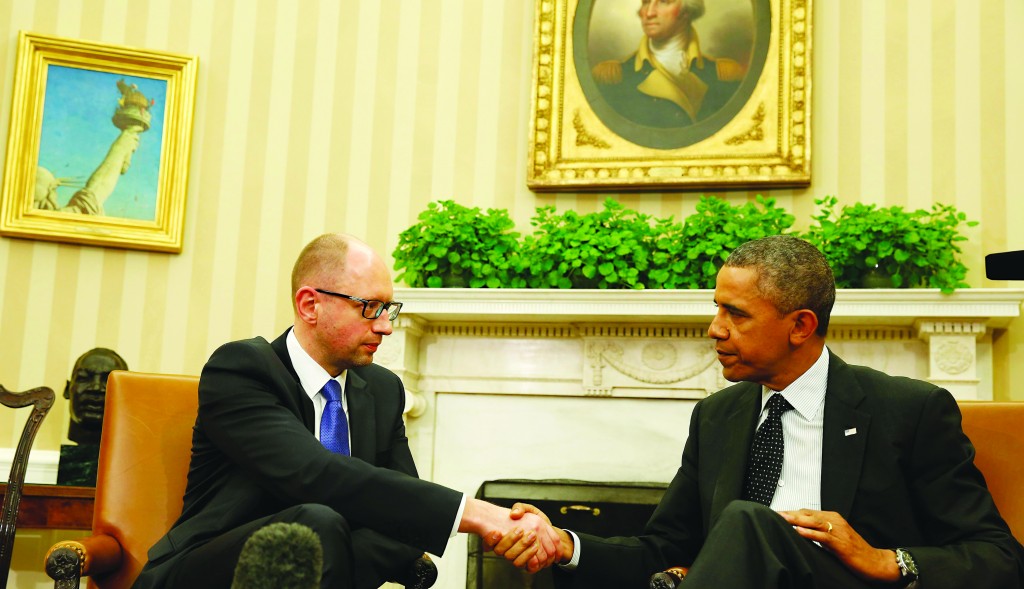 President Barack Obama expressed a glimmer of hope Wednesday that a referendum on the future of Ukraine’s Crimean Peninsula can be halted, as he met with the new leader of the former Soviet republic.

Sitting side by side in the Oval Office with Prime Minister Arseniy Yatsenyuk, Obama said he hoped last-ditch diplomatic efforts might lead to a “rethinking” of Sunday’s Russian-backed referendum. If the vote does occur, Obama said, the U.S. will “completely reject” its results. And he warned that the international community would be “forced to apply a cost to Russia’s violation of international law.”

“There’s another path available and we hope President Putin is willing to seize that path,” Obama said, referring to Russian President Vladimir Putin. “But if he does not, I’m very confident that the international community will stand firmly behind the Ukrainian government.”

As Obama and Yatsenyuk met, a U.S. Senate committee advanced a measure to impose significant sanctions on Russia – a bid to pressure Putin to pull Russian troops out of Crimea. The measure, which now would go to the full Senate, would authorize $1 billion in loan guarantees to Ukraine’s new government and allow the Obama administration to impose economic penalties on Russian officials responsible for the intervention in Crimea or culpable of gross corruption.

In the 14-3 vote, all Foreign Relations Committee Democrats supported the measure. Republican objections concerned how the U.S. would pay for the loan guarantees and provisions to expand the lending authority of the International Monetary Fund.

The bill stops short of going after Russian banks or energy companies as some legislators proposed, but it would give Secretary of State John Kerry more leeway as he readies for diplomatic talks with his Russian counterpart in Europe on Friday.

Yatsenyuk, a 39-year-old pro-Western official, took control in late February after Ukraine’s pro-Russian president fled after three months of political protests. With Ukraine now caught in a diplomatic battle between East and West, Yatsenyuk said Russia must recognize that his country can have ties with both.

“Ukraine is and will be part of the Western world,” Yatsenyuk said, speaking in fluent English.