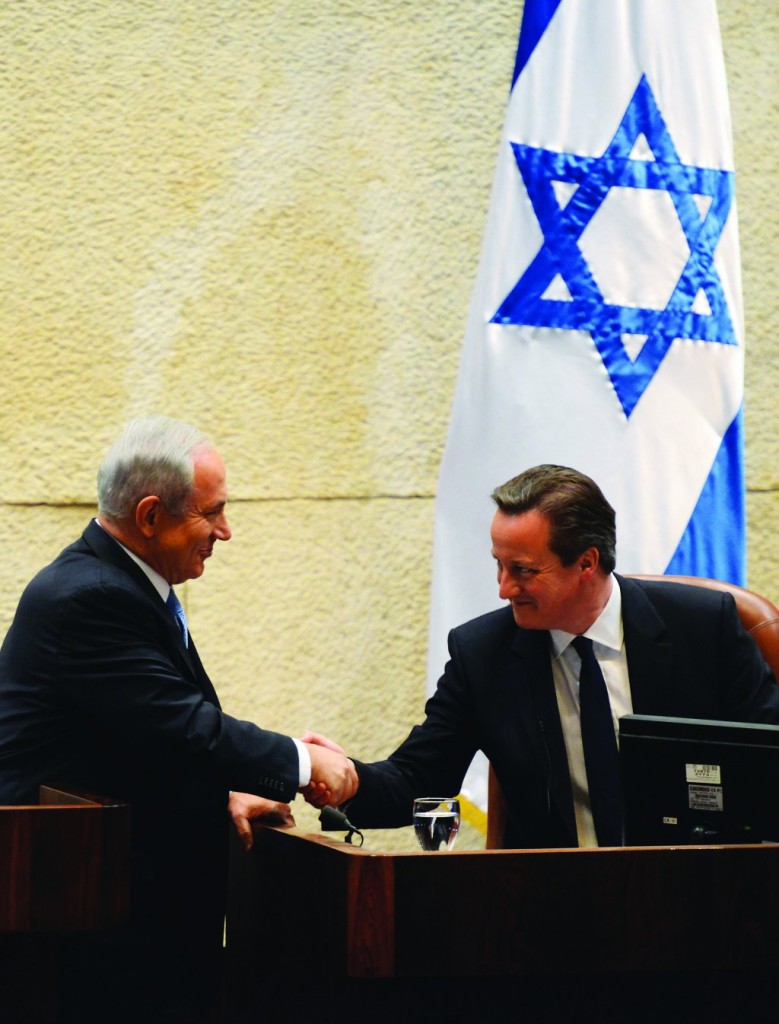 Chareidi MKs walk out on Netanyahu

Israel’s opposition parties kept their promise not to stage any demonstrations during British Prime Minister David Cameron’s address to the Knesset on Wednesday.

Instead, it was Prime Minister Binyamin Netanyahu’s speech that triggered a walkout by chareidi MKs, in protest over his central role in passage earlier in the day of the new military draft law.

They returned to the plenum after Netanyahu’s speech to hear Cameron and opposition leader Issac Herzog.

Arab MKs took their turn to walk out at a later stage of Netanyahu’s speech. Other opposition MKs kept their seats in the plenum, but some heckled Netanyahu during his speech, while Cameron looked on, smiling.

“Ambassador [Matthew] Gould warned me that people might walk out and leave, and that I may learn the meaning of the word ‘balagan’ (chaos), Cameron explained.

Knesset Speaker Yuri Edelstein had told the opposition on Tuesday that he would be forced to cancel Cameron’s appearance if they would not agree to avoid causing a diplomatic incident.

Cameron pledged his support for Israeli security and the rights of Jews in the UK, including the protection of kosher slaughter.

In what was Cameron’s first visit to Israel since becoming prime minister four years ago, he declared Britain’s opposition to the anti-Israel boycott, and called for a halt to both construction in Yehudah and Shomron and Palestinian incitement.

Netanyahu was also heckled by Meretz MK Esawi Frej, who took offense at the prime minister’s assertion that “Britain’s friendship comes from the recognition of the Jewish people’s right to the Land of Israel.” Frej was removed from the plenum after interrupting Netanyahu’s speech several times.