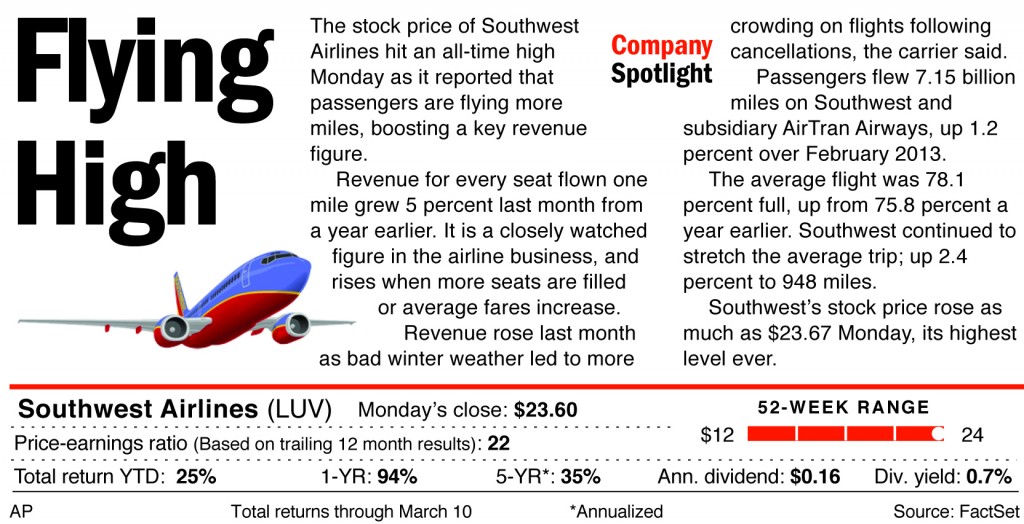 Airlines are still tallying up the damage from this winter’s storms, but solid demand for travel means they are likely to get through the rocky start to 2014 in good shape.

Reports from some of the airlines point to higher average prices, and executives say spring bookings look strong.

This has been the worst winter for flight cancellations since the government started keeping track more than 25 years ago. The top four airline companies by miles flown — American, which includes US Airways; United; Delta; and Southwest — have canceled nearly 75,000 flights this year. Snow and ice storms have fouled schedules at big airports in Chicago, Atlanta, the New York City area and elsewhere.

Since Jan. 1, Delta Air Lines Inc. has canceled 17,000 flights. In weaker times for the industry, that might have been devastating, said Ed Bastian, the airline’s president. Those cancellations will cut revenue by $90 million and pretax earnings by $55 million, but Delta still expects to post a record profit for the first quarter, usually the weakest season for airlines, he said.

And for April, the start of the second quarter, revenue per mile for bookings is running well ahead of the April 2013 pace, Bastian added, speaking at a J.P. Morgan investor conference in New York.

United Airlines canceled 23,000 flights due to weather in January and February. About 90 percent were on its United Express regional service, which will hurt revenue, said United Continental Holdings Inc. Vice Chairman Jim Compton, although he didn’t give a figure.

American Airlines Group Inc. said Monday that it had canceled 28,000 flights in January and February, up 164 percent from the same two months last year.

“There’s going to be some one-time effect on profitability from canceling that many flights,” said CEO Doug Parker. He said the company would offer a dollar estimate in early April.

Despite the cancellations and delays, American said it expects a key revenue figure to rise by between 2 and 4 percent in the first quarter. The statistic — revenue for each seat flown one mile — goes up when planes are more crowded and when passengers pay higher average fares.

Southwest Airlines Co. said Monday that the same figure was up 5 percent in February. The storms helped by pushing more people onto remaining flights. CFO Tammy Romo said that Southwest canceled 2,500 flights in February, after having scrubbed 4,000 in January.

All the dark clouds of this winter may contain another silver lining for airlines: Travel agents have been swamped by people looking to escape the cold.