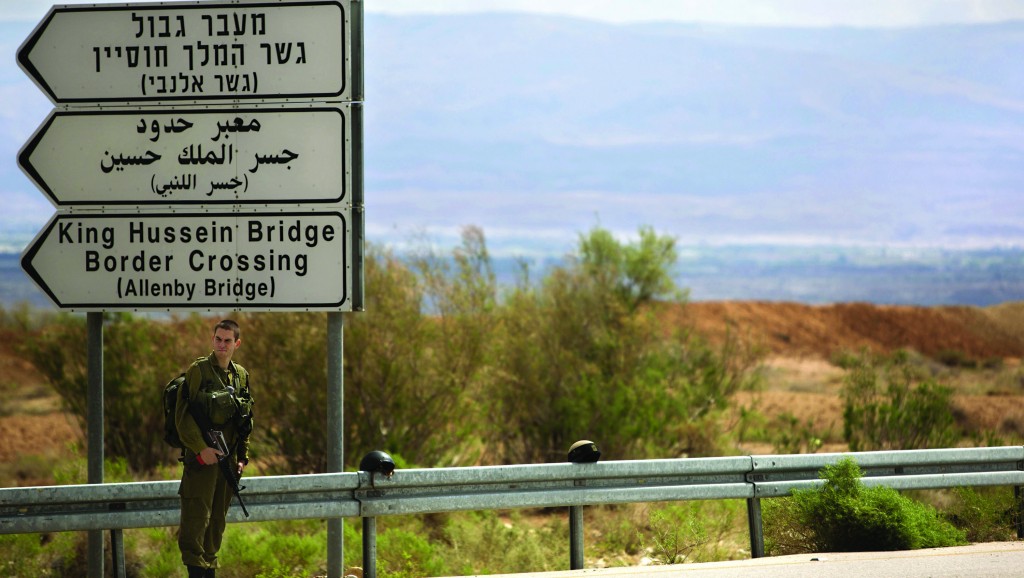 Israeli soldiers shot and killed a Palestinian from Jordan on Monday when the man attacked a soldier and tried to seize his  gun at the Allenby bridge.

After the incident, The Jerusalem Post reported, Dozens of demonstrators gathered outside the Israeli embassy in Amman and protested the shooting. They burned an Israeli flag and demanded that the Israeli ambassador be expelled.

According to the Post, they also demanded the cancellation of the peace agreement and the release of Ahmed Daqamseh, who murdered seven Israeli schoolgirls in Naharayim in 1997.

The Palestinian Authority in Ramallah condemned what it called the “shooting at close range.” It demanded an investigation, as did Jordan.

Israeli police spokesman Micky Rosenfeld said the attack on the soldier was under investigation and that it appeared to have nationalistic motives. The crossing was temporarily closed, Rosenfeld added.