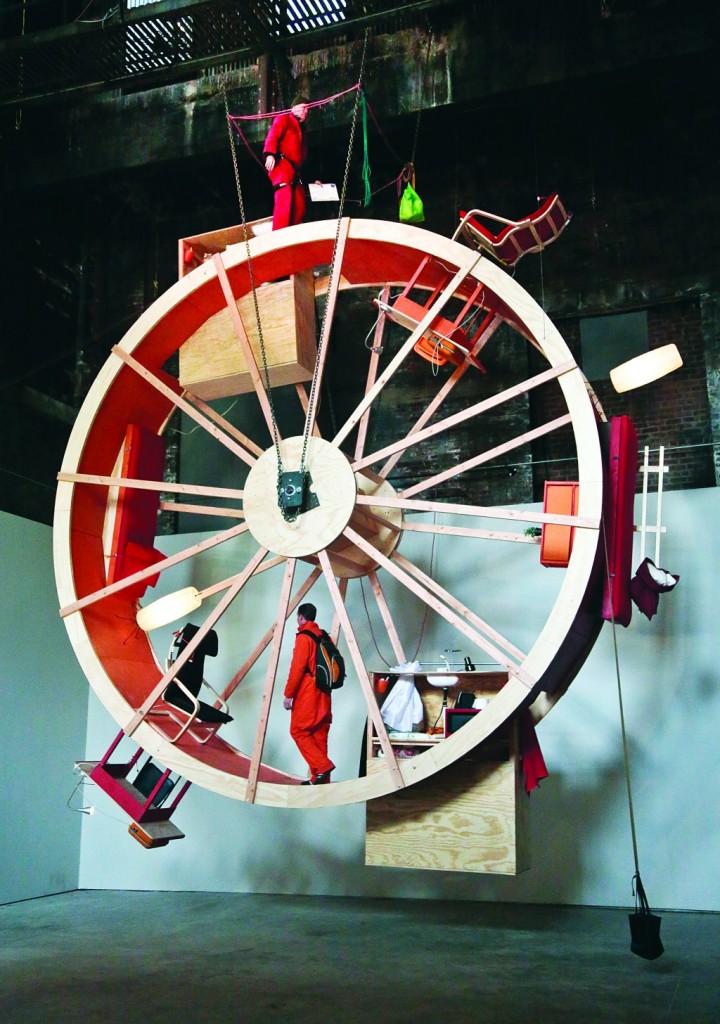 Ever feel like you’re on a big hamster wheel and you can’t get off?

Ward Shelley and Alex Schweder know that feeling all too well. The two performance artists are spending 10 days living, eating and sleeping on a giant hamster wheel to make a larger point: We all have to work together to get through the daily grind.

“I wasn’t prepared for this … perhaps I should have been,” Shelley said from atop the wheel, his feet dangling off the side of the 25-foot-tall wood and metal structure.

One wrong move by him or his fellow human hamster and they risk being thrown off. They are perched on opposite ends of the wheel, 180 degrees from each other, and must carefully coordinate their movements. When one walks, the other must walk in the opposite direction. When one stops, the other must stop.

On a recent visit, Shelley and Schweder kept the wheel moving for only a few seconds at a time. The wheel they built themselves is 60 feet in circumference and equipped with everything they need: narrow beds, chairs, desks, a fridge, rudimentary kitchen, restroom — all strapped down. Even the participants are tethered to safety harnesses.

“Ten days is a number you can hold in your mind and count down,” Shelley said. “It’s like being told to stand in the corner when you’re a kid.”