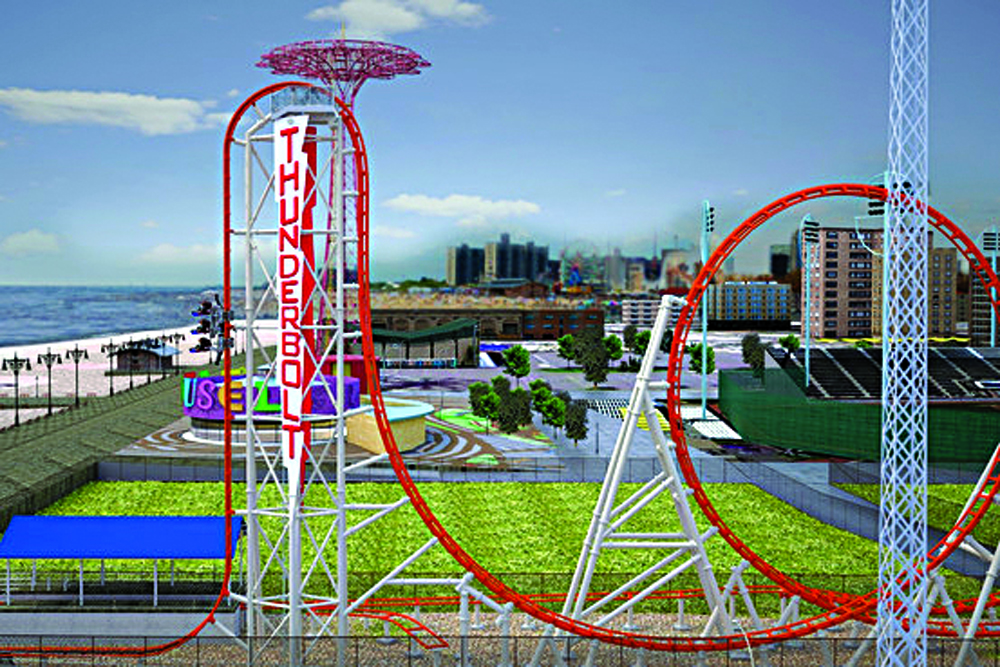 Coney Island broke ground Monday on the Thunderbolt, a new roller coaster that will take riders on a 56-mile per hour vertical lift, a 115-foot vertical drop, then a 100-foot vertical loop and five inversions, the Wall Street Journal reported.

It will be the first coaster to include a loop since 1910, except for a short-lived one in the 1980s.

“We have this fantastic machine, and are proud to set it up in Coney Island, the original playground of the U.S.,” said Alberto Zamperla, president of the Italian manufacturer of the ride.

Thunderbolt, which will open on May 22, will be Luna Park’s fourth coaster, joining Soarin’ Eagle, Steeplechase, and the Tickler. The famed Cyclone nearby is not part of Luna Park.