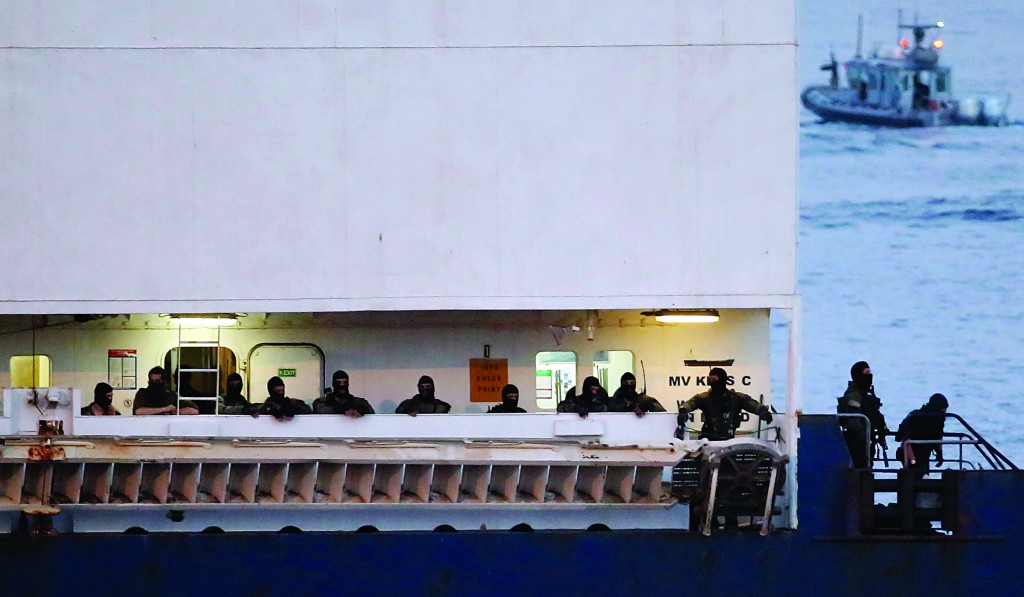 A ship seized by the Israeli navy on suspicion of smuggling arms from Iran to the Gaza Strip has docked in Israel, which plans to put the cargo on display to expose Iran as a backer of terrorism in the region and denting Tehran’s rapprochement with the West.

After opening and examining the contraband, IDF arms experts said on Sunday that there were 40 M-302 rockets with a range of up to 125 miles, hidden in crates. The Panamanian-flagged, Klos C ship’s 150 cargo containers also carried 180 millimeter mortar rounds, and some 400,000 7.62 millimeter caliber bullets.

Iran and Hamas both insisted the Israeli findings were fabrications.

However, a senior security official in Egypt told The Associated Press that the missile shipment was in fact destined for terrorists in either the Sinai Peninsula or the Gaza Strip.

“This ship will get to Eilat and the truth will become fully known,” Israeli Prime Minister Binyamin Netanyahu declared, on Friday. “This is the real face of Iran,” he said.

The ship would then be free to leave, as would its 17 crew members, who include Turks, Indians, Georgians and Azeris.

“They are on the ship. They will remain with the ship. Given that they have no hand in the arms smuggling, they will continue on their way,” Israeli Admiral Oded Gur-Lavi told Reuters.