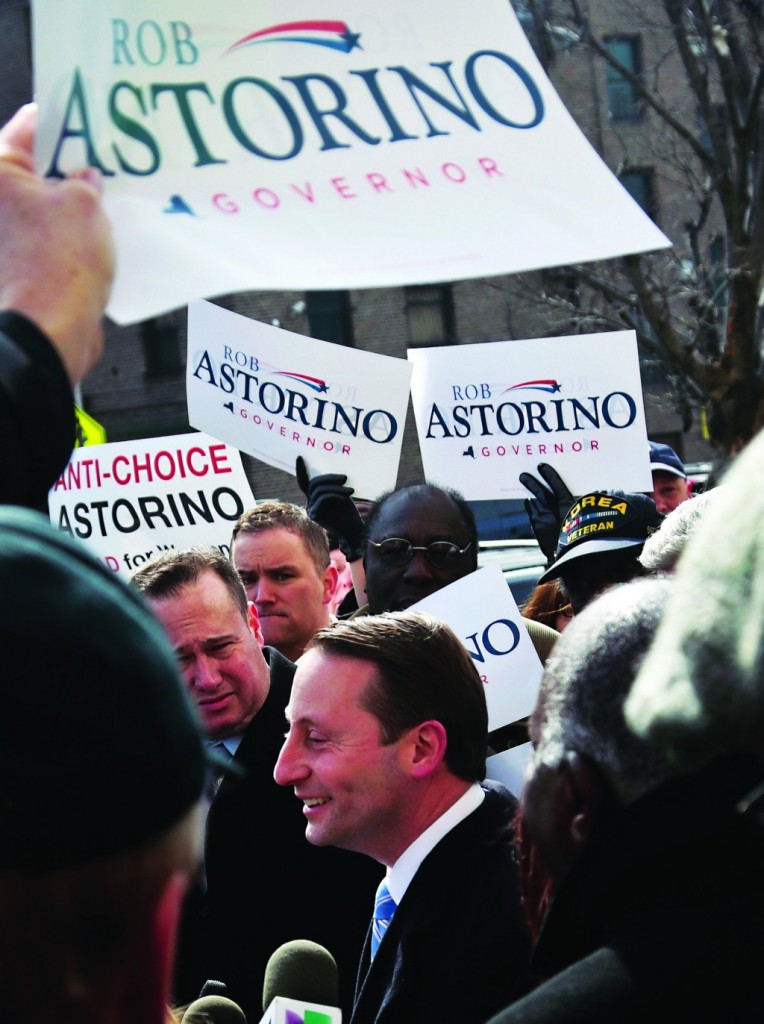 A day after he announced he was running, Westchester County Executive Rob Astorino on Thursday took his campaign for governor to the steps of the Bronx courthouse and criticized incumbent Gov. Andrew Cuomo’s leadership. He did the same after flying across the state for an event in Buffalo.

At both stops, Astorino said 400,000 New Yorkers have fled the state in search of a better business climate and lower taxes.

“We have to lower taxes in this state so that everyone has an opportunity and a chance, either to start a business or to have a family,” he said.

The Republican kicked off his campaign tour in the Bronx because the county has been “forgotten economically” by the nation, he said, and touted his Hispanic voter base in Westchester County. The Bronx is the state’s only county with a majority Hispanic population.

The candidate drew applause when he repeated his announcement in Spanish.

Astorino planned to visit Rochester, Syracuse and Albany on Friday.

A new poll released Thursday shows Cuomo maintaining a strong lead over potential challengers but a sharp drop in his job approval rating among registered voters feeling tough economic times. Cuomo leads Astorino by 40 points but has a 10-point drop since November in voters who believe he is doing a good job, driven by substantial declines among African-American and Latino voters.