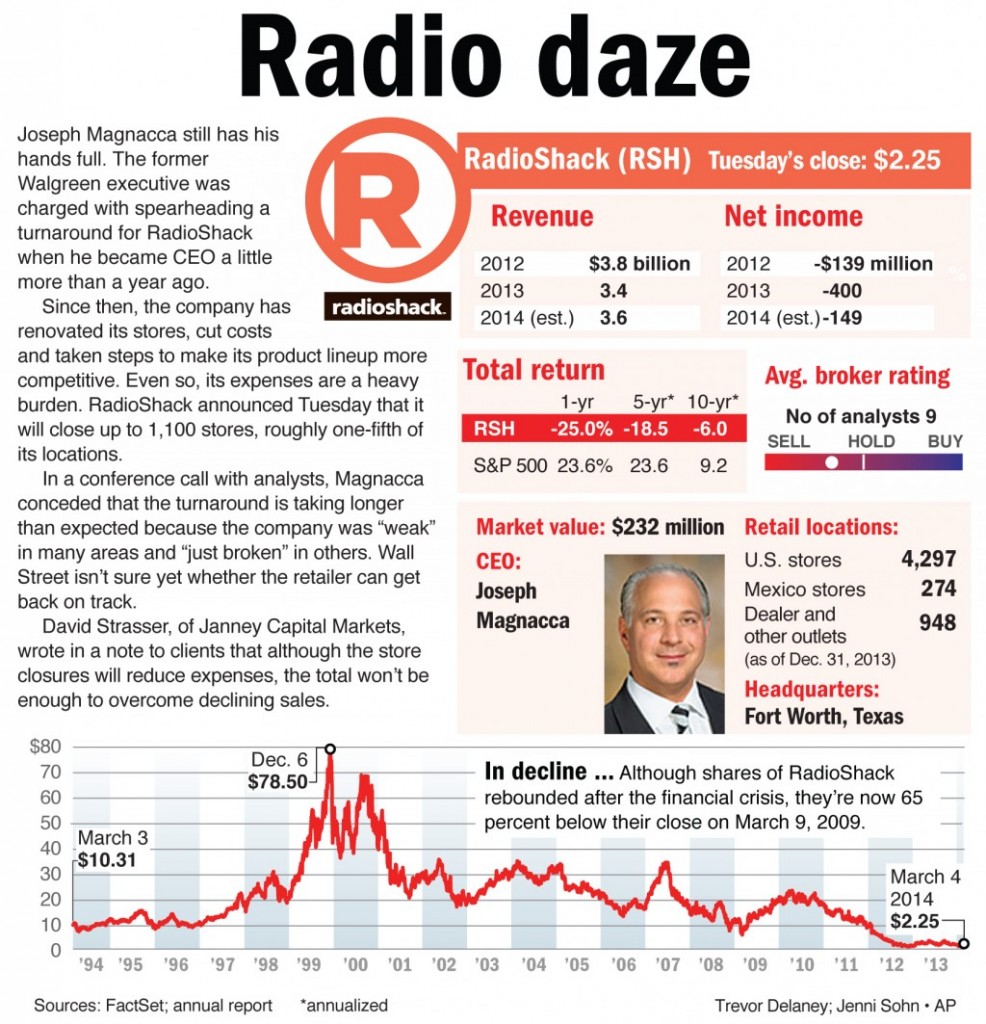 There will soon be about 1,100 fewer places to buy batteries.

RadioShack said Tuesday that it plans to close up to 1,100 stores, or about a fifth of its U.S. locations. The news came as the retailer reported a wider quarterly loss after a disappointing year-end shopping season. Its stock tumbled more than 17 percent in Tuesday trading.

CEO Joseph Magnacca said the closings would leave the company with more than 4,000 U.S. stores. That’s still far more than Best Buy, which has roughly 1,400 U.S. locations, and makes RadioShack stores nearly as common as those of Wal-Mart.

RadioShack didn’t immediately identify which stores will close or how many jobs would be affected. A call to the company, based in Fort Worth, Texas, was not returned.

The closings represent just the latest setback for RadioShack, which is fighting to update its image and compete with the rise of online and discount retailers.

Long known as a destination for batteries and obscure electronic parts, RadioShack has sought to remake itself as a specialist in wireless devices and accessories. But growth in the wireless business is slowing, as more people have smartphones and see fewer reasons to upgrade.

In addition to slashing costs and shuffling management, RadioShack has been renovating its stores with a more modern look.

“Since I joined the company, it has been clear we need to change the conversation about RadioShack,” Magnacca said during a call with analysts.

Still, he conceded that the turnaround push is taking longer than expected because the company was “weak” in many areas and “just broken” in others. The latest quarter’s performance was hurt by a slowdown in customer traffic and increased promotional activity.

Sales at stores open at least a year — a key indicator of a retailer’s health — sank 19 percent.

The company said that the stores targeted for closings are being selected based on location, area demographics, lease duration and financial performance.