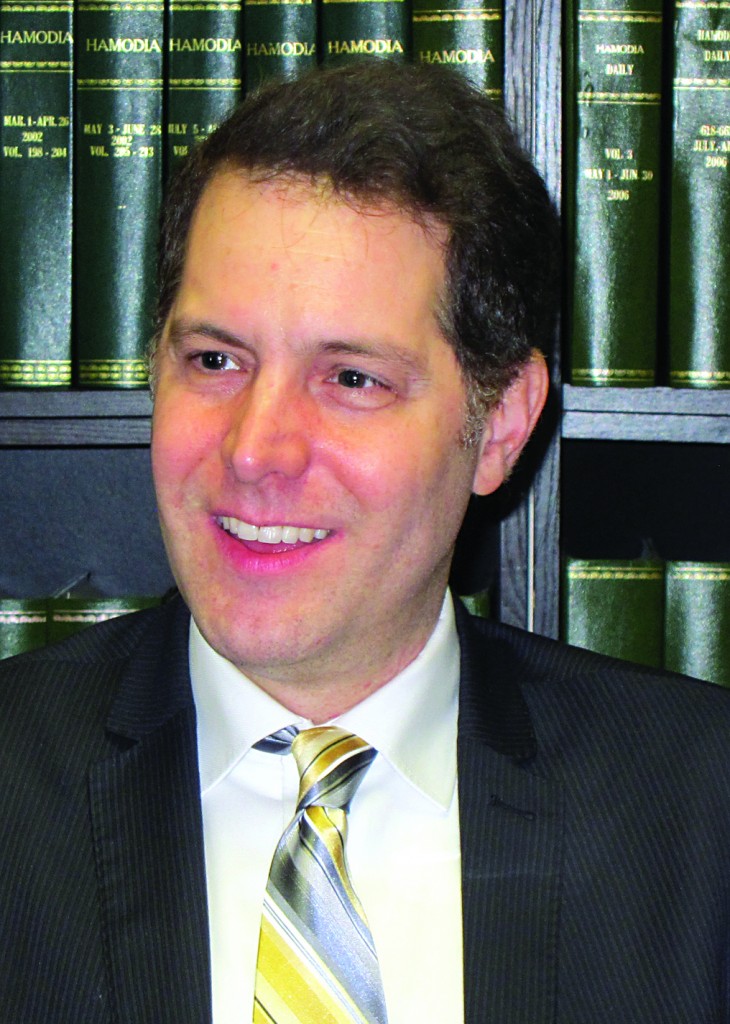 The incoming chairman of the New York City council’s little known “Jewish Caucus” wants to rejuvenate the group of 14 Jewish legislators that has until now not met more than once a year and has few accomplishments under its belt.

Councilman Mark Levine, an Upper West Side Democrat, told Hamodia on Monday that he plans monthly meetings and a more visible presence at traditional Jewish events to remake the lawmaking body’s largest caucus into a group that fights for better services.

“It existed on paper at least,” said Levine, 44, who took office two months ago as part of a progressive sweep in the city, “but it wasn’t very active. We want to change that.”

The group was originally organized in the early 1990s to fight then-Mayor David Dinkins’s proposal to rescind city contracts from Jewish social service.

The Jewish Caucus is the largest such ethnic group in the council. The African-American caucus has 13 members and the Latino group has 11. The Jewish caucus even has the council’s first ever Russian-speaker, Mark Treyger of Coney Island.

Out of 14 Jewish lawmakers, only two are Orthodox — David Greenfield and Chaim Deutsch, both Brooklyn Democrats. So there is no talk of setting up a City Hall minyan for Minchah.

But Levine, who replaced the retiring Michael Nelson as chairman, said that under his leadership, the caucus will try to lobby for interests that unite all the members.

“In a group as diverse as these 14 members are,” he said, “it’s a good question — what are the common interests? And there actually are many, starting with the more symbolic ones — support for Israel … Holocaust remembrance; we were talking about maybe doing a Kristallnacht commemoration event in the council chamber, fighting anti-Semitism — sadly a recurring issue.”

On more substantial policy issues, such as poverty and taxpayer aid for nonprofit organizations, Levine said the caucus would fight for the specific Jewish angle alongside Jewish groups. For example, he said, the methods used by federal and local governments skew poverty levels in Orthodox communities so that they get less than their fair share.

This is because both wealthy and poor Jews tend to live together, as opposed to the rest of the country, where wealthier neighborhoods stand apart from poorer areas. So when poverty is measured by zip codes, the income median of Jewish districts is bumped up.

Additionally, Orthodox Jews need more money to get by due to yeshivah tuition, among other costs.

Levine, who chairs the Parks Committee, says he wants to have monthly meetings, to which he would invite Jewish nonprofits and other council members, even those not part of the caucus, to attend.

He also wants the committee to work on making sure that Mayor Bill de Blasio’s universal prekindergarten and afterschool program proposals works for yeshivos. The mayor has already promised that yeshivos are eligible, but Levine said that some kinks must be ironed out, such as the permissibility of teaching alef-beis, and about Shabbos and Yamim Tovim.

A caucus that has basically existed in name only until now, several askanim told Hamodia that the Jewish Caucus could be as powerful or as toothless as Levine wants it to be. In a January interview with Hamodia, he indicated that he wanted to be a bridge between the progressive camp which now controls city government and the Orthodox community.

His colleagues give him a thumbs-up for his ability to make it work.

“Councilman Levine is a natural born leader,” Greenfield said in a statement to Hamodia. “If anyone can unite the diverse Jewish caucus it’s him. I was pleased to support him and look forward to working with him on important Jewish issues.”