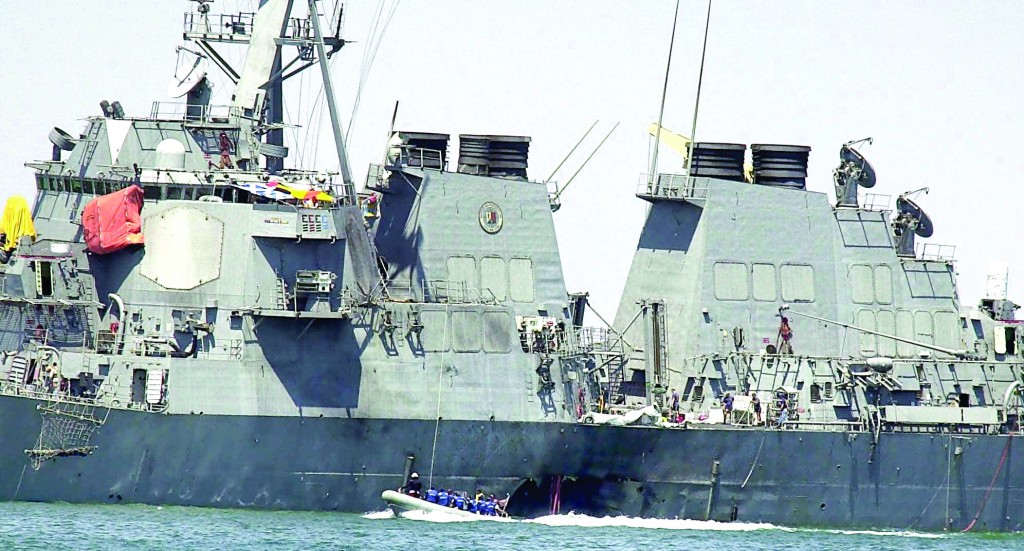 A military judge has pushed to Dec. 4 the trial date of a Saudi man accused of orchestrating al-Qaida’s USS Cole bombing in 2000 that killed 17 U.S. sailors, according to military sources.

If that timetable holds, it will be the first death-penalty prosecution at Guantanamo. It will also be the first at the war court that President George W. Bush created after the Sept. 11, 2001.

Army Col. James L. Pohl, the trial judge, set Oct. 6 for the start of jury selection, according to the sources, who have seen a sealed order dated Feb. 26 on the Pentagon’s military commissions website.

Abd al-Rahm al-Nashiri, 49, is charged with terrorism, conspiracy, murder in violation of the law of war and other war crimes. Suicide bombers blew up a bomb-laden skiff alongside the warship during a refueling mission off Aden, Yemen, on Oct. 12, 2000.

He was captured two years later and held by CIA agents who, according to federal investigations, waterboarded him and interrogated him with other now- forbidden techniques. He got to Guantanamo in 2006 but was not formally charged until 2011 — after the Obama administration revamped the war court.

Pohl had initially set the trial date at Sept. 2. Defense lawyers had requested a 2015 date, which the judge rejected.

Because the CIA held al-Nashiri in its secret prison network, his is a national-security trial that so far has had three secret pretrial hearings and shielding 14 percent of pretrial case evidence, called discovery, from the accused bomber.

Under the present timetable, a senior Pentagon official would in October send a pool of U.S. military officers — men and women with top secret security clearances serving at different posts across the globe — to the U.S. Navy base in Cuba. Once chosen for the jury, they would be returned to duty until the actual trial began.

Congress’ military commissions law expects a death penalty panel to number 12 or more military officers but allows for as few as nine U.S. military officers to sit in judgment “because of physical conditions or military exigencies” — if a senior Pentagon official justifies it in writing.