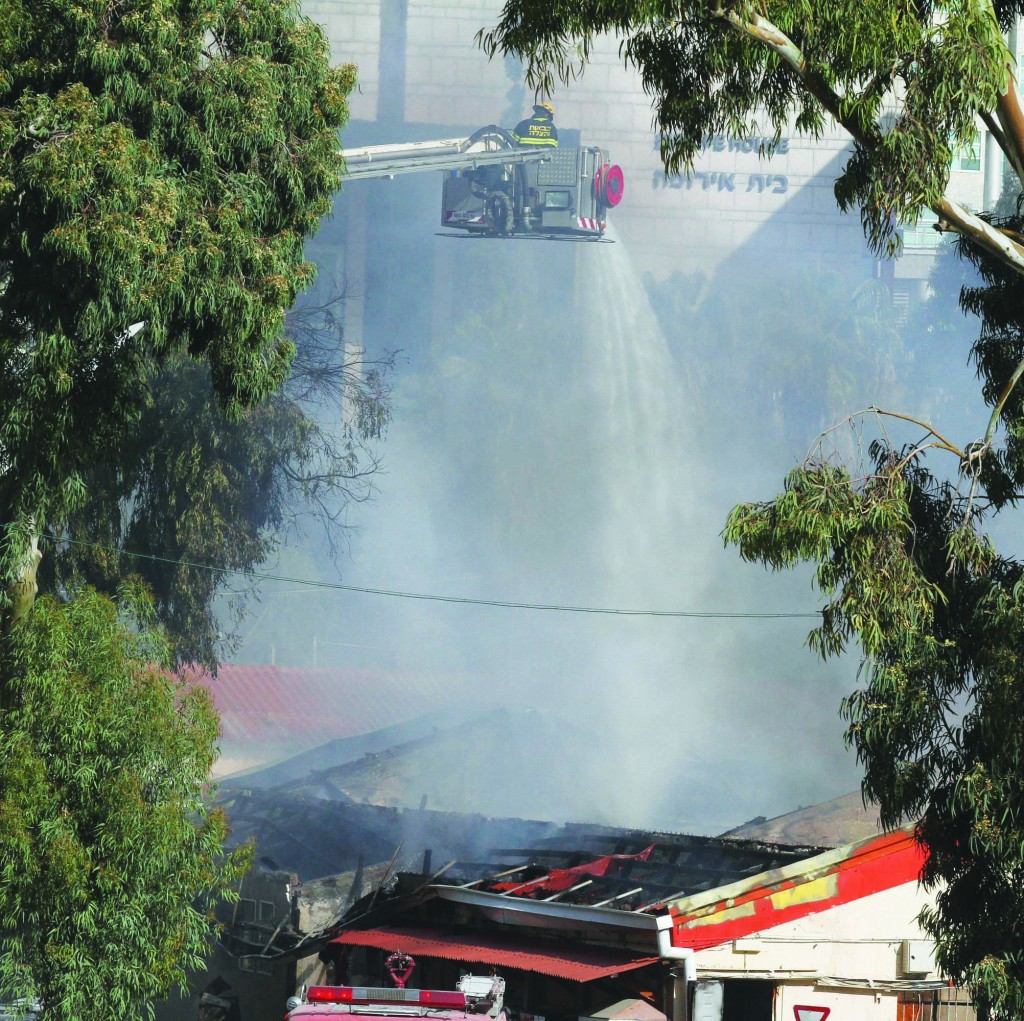 A fire broke out at the Defense Ministry complex in Tel Aviv on Wednesday morning, causing no injuries,  though thick smoke rose over the building, a well-known landmark in the city.

Several IDF soldiers were evacuated from the dining hall, where the blaze started, and large numbers of firefighting crews and police arrived at the scene.

The sight of the billowing cloud of smoke caused widespread alarm among residents, The Jerusalem Post reported.

Firefighters brought the flames under control, but parts of the structure containing asbestos went up in flames.

An officer stationed at the base said: “I heard a strong explosion this morning — I looked at the sky and saw a mushroom cloud of smoke… as if a missile had struck the base.

“The Kirya’s security forces immediately evacuated the soldiers who stood nearby and many firefighting vehicles entered the base,” he added.