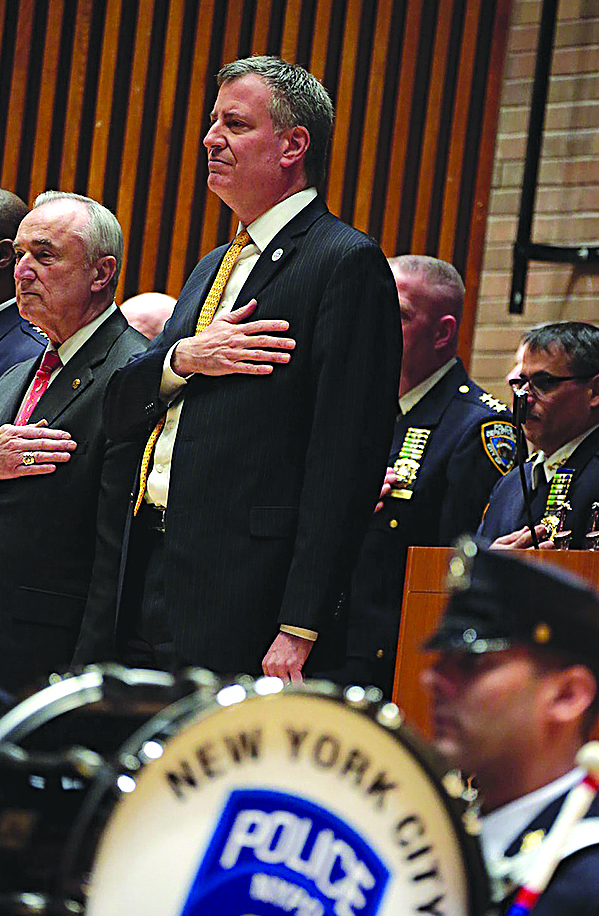 Mayor Bill de Blasio’s ambitious agenda to fight income inequality — a campaign he famously titled “The Tale of Two Cities” — has taken a backseat in recent weeks to a series of political stumbles that have become tabloid fodder and shaken his everyman image.

First, there was his late-night call to police on behalf of a political ally who was arrested but didn’t spend a night in jail.

Then came widespread second-guessing — led by NBC weatherman Al Roker — over inconsistent snowplowing of the tony Upper East Side in one heavy storm and the decision to keep schools open in another.

The mayor has often responded by being defensive and snippy when dealing with the media, and then chastising reporters for focusing on the blunders.

“There has to be a different examination about what matters and what doesn’t matter,” de Blasio, a Democrat, said in a news conference this week. “Too much of the time the debates veer into sideshows and I’m not shocked by that.”

Some political observers say the controversies — all small, but seemingly one after the other — could add up.

“You might think it’s nonsense but it does have an effect,” said Bill Cunningham, former communications director for Mayor Michael Bloomberg. “They likely won’t impact the long-term prospects of success of administration, but it kind of clouds over your message you’re trying to get out from City Hall.”

Ironically, the strength behind de Blasio’s mayoral campaign may have produced some weakness in his first two months in office. The campaign’s hallmarks were remarkable discipline and focus: Even when he trailed badly in the polls, he honed his message of battling income inequality and largely ignored the day-to-day distractions on the trail, including the rise and collapse of Anthony Weiner’s bid.

But as mayor, it is far more difficult to just stay on a preconceived message without reacting to the daily dramas inherent to the job, Cunningham said.

“He has a young staff — the schedulers, the advance team, the press shop — and they are all coming out of the campaign environment,” Cunningham said. “Government is different. They have had trouble taking a story and keeping it a one-day story.”

Some believe that the mayor has prolonged the bad headlines on a few occasions by refusing to initially answer questions about what happened. And as the media has devoted resources to de Blasio’s blunders, the mayor’s staff feels it has neglected to focus on the administration’s agenda, including the traffic safety plan and his push to have Albany authorize a tax hike on the wealthy to fund universal prekindergarten.

De Blasio has not deployed a uniform strategy to address the incidents. With the driving footage, he deferred to his NYPD drivers and refused to question whether they had driven recklessly. He downplayed his call to the police on his friend’s behalf, insisting he was simply trying to learn more about what happened. But he did acknowledge that the Upper East Side was not sufficiently plowed and appeared on NBC to make nice with Roker.

Some political observers believe that de Blasio’s agenda will not be seriously impacted.

“These are minor bumps,” said Bob Liff, a Democratic consultant. “…This is a man who wants to do a good job running the city.”

Even Rudolph Giuliani, the Republican former mayor who frequently trades barbs with de Blasio, came to his aid during the flap over the call to the NYPD.