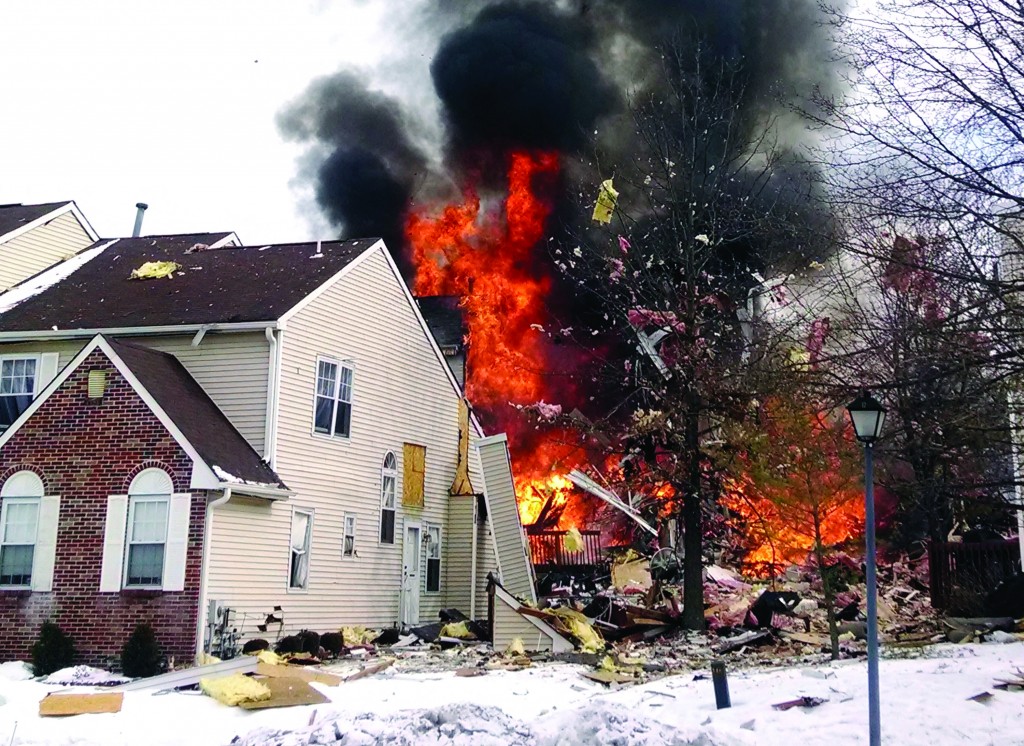 The contractor working at the site of a massive explosion that killed a woman and injured seven workers recently had been fined more than $100,000 by federal safety monitors for problems at two other work sites.

At least 20 homes were uninhabitable Wednesday at the town house development where a gas leak led to the explosion. Officials were trying to establish the ignition point but said they may never be able to do so.

A contractor working to replace a home’s electric service damaged a gas line, officials from the utility Public Service Electric & Gas said. The utility was told of the damage around noon Tuesday and crews were repairing the line about an hour later when the explosion happened. The pipeline itself did not explode.

At least 55 units at the development received some kind of damage. The development remained littered Wednesday with shingles and plywood, with clumps of insulation still clustered in trees. Blue tarps were going up over rooftops.

The private contractor that had been replacing electric service to the house that was leveled was fined more than $100,000 last year by federal safety monitors for problems at two other work sites. Henkels & McCoy said it was deeply saddened at the loss of life and will cooperate fully with the investigation. Residents of homes deemed uninhabitable were being allowed to return to retrieve medicines and other belongings.

Meryl Klein said she and her husband returned briefly to their home Tuesday night to grab clothes and other necessities, then spent the night at a hotel.