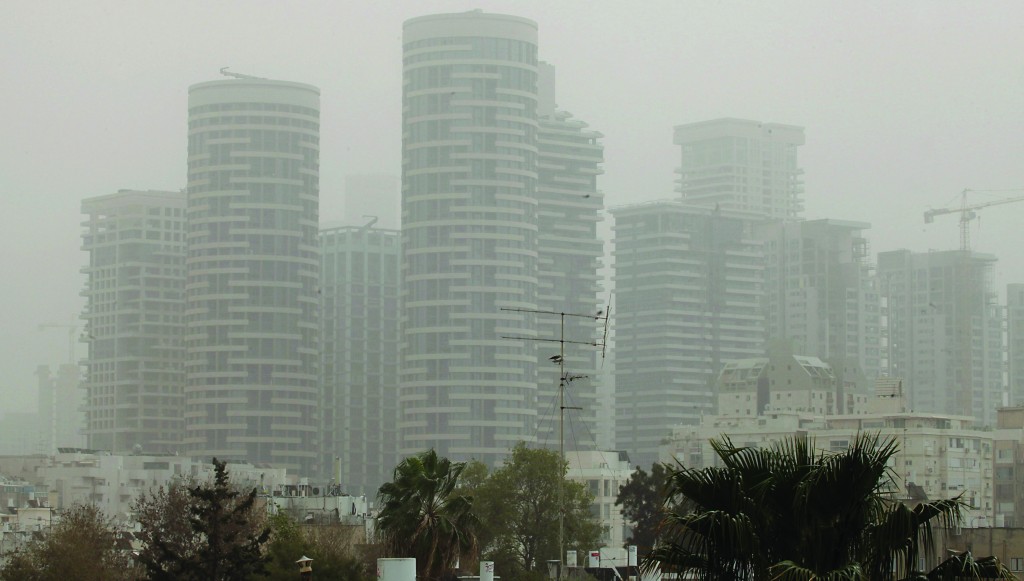 A thick haze that blanketed the country disrupted air travel in Israel on Sunday and Monday, Haaretz reported.

Domestic air travel was completely grounded on Monday, as a cloud of Saharan Desert dust carried by winds through Egypt and Libya, reduced buildings and views to faint outlines. Arkia and Israir airlines canceled all their flights to southern and northern Israel on Monday, affecting approximately 2,000 Arkia customers and 600 Israir passengers.

On Sunday, airports in Tel Aviv and Haifa were closed at around 11:00 a.m. due to poor visibility, with flights from Eilat scheduled to land at Sde Dov being rerouted to Ben-Gurion Airport. Eilat and the Uvda airport in the south were also closed Monday due to the adverse weather conditions.

Conditions around the airports were not expected to improve until Monday evening.

International flights were not affected.

The Health Ministry recommended that children, the elderly, expectant mothers and people with respiratory conditions avoid the outdoors as much as possible for the duration of the dust storm.

El Al flight 324 turned back to Paris after takeoff,  when the a technical problem was discovered in one of the engines. The Boeing 767 jet was on its way to Ben Gurion Airport.