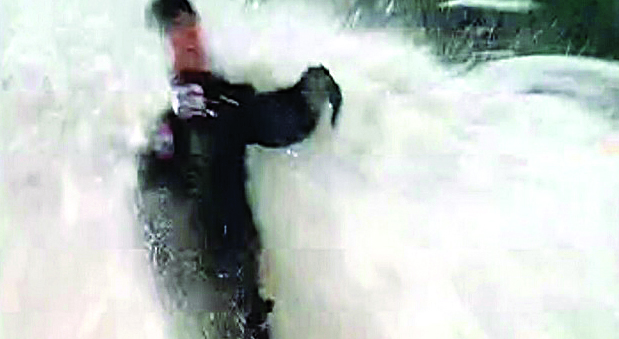 A Philadelphia news reporter covering the aftermath of a snowstorm in New Jersey got pelted early Monday morning by snow from a passing plow live on camera.

WTXF’s Steve Keeley was blasted with a wall of snow from the plow while reporting from the side of a road in Woodstown. The station complimented Keeley for not losing his footing.

“This is the 15th snowstorm Keeley has reported on this winter,” they said. “Clearly he is a pro at it now. He didn’t even miss a beat!

“That is the beauty of breaking news,” Keeley said immediately afterward.

Keeley says he was 20 feet from the road, which shows how far plows can throw snow at high speeds. He joked that a rival media station must’ve been driving the plow.

Someone claiming to be the real driver of the plow called the newsroom later Monday morning apologizing for not noticing Keeley.