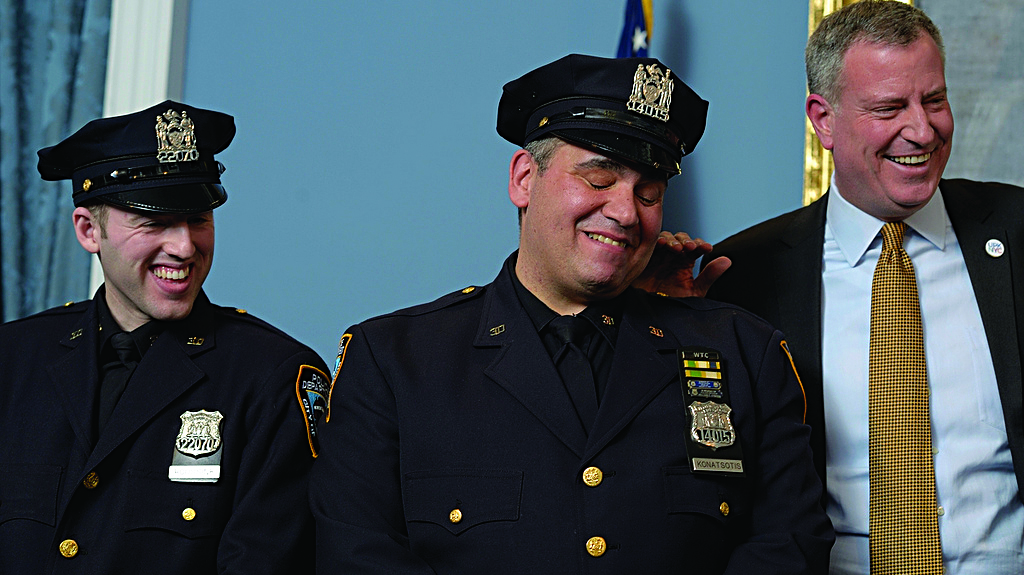 Officer Michael Konatsotis and his partner David Roussine saved the non-breathing 15-month-old baby Saturday after her parents called 911 when she turned blue.

The officers went to the home and took the child to a hospital in their patrol car while Konatsotis performed emergency CPR. When they arrived at the hospital, Konatsotis says the baby let out a big burp, color returned to her face and she started crying. The baby is doing fine.

At a ceremony Monday, de Blasio presented the officers with certificates of praise and called them “true heroes.”

“These two gentlemen are the epitome of what public servants are meant to be,” said the mayor. “They saved this life, they showed courage, they showed creativity, they showed willingness to keep fighting.”