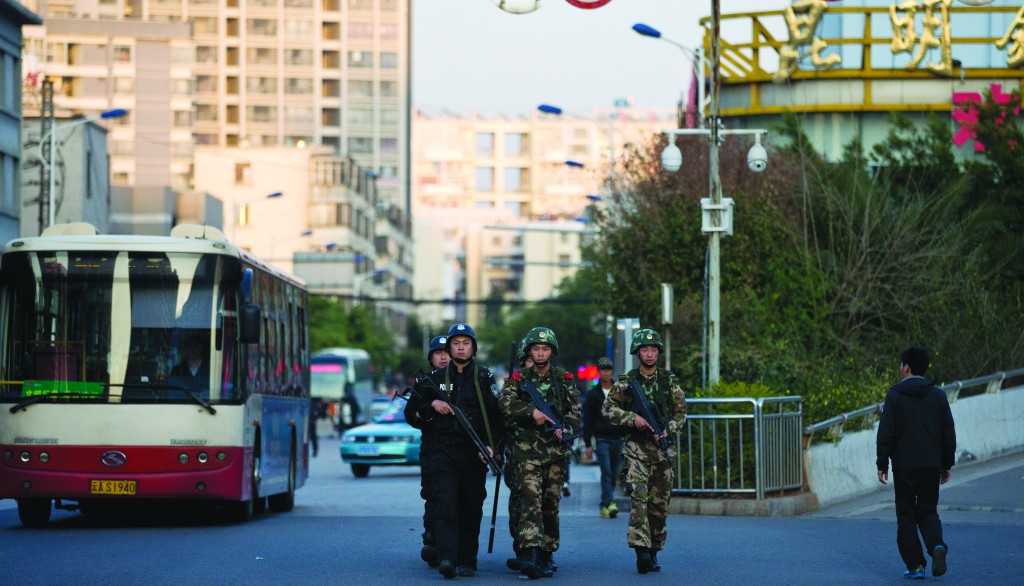 Chinese authorities said late Monday that they had arrested three more suspects in Saturday’s deadly bloodbath in southern China, an attack they hinted earlier in the day was linked to international terrorist groups.

Both claims were difficult to verify, deepening the mystery of how a handful of assailants, armed with only knives and sabers, managed to kill 29 train commuters and injure more than 140 others.

Since news of the train station attack broke Saturday from the southern China city of Kunming, the Chinese public has responded with both sympathy for the victims and calls for harsh retribution against those who had a role in carrying out the terrorist attack.

As of late Monday, however, Chinese authorities had not made public the identities of four assailants initially killed at the Kunming train station, another one quickly captured and three others reported arrested on Monday. Nor have they detailed why Kunming police have linked the suspects to “separatists” in China’s far western Xinjiang region, where police and the local Muslim population — known as Uighurs — have clashed for years.

The Kunming attack follows a deadly Beijing incident in October, when three Uighurs drove a jeep into a crowd at Tiananmen Square, killing two and injuring 40 before setting the vehicle on fire, killing themselves.

Xinjiang, a vast desert region that borders Kazakhstan, Kyrgyzstan and Pakistan, is home to more than 10 million Uighurs (sometimes spelled “Uyghurs”) who speak a Turkic language. In recent decades, they have become greatly outnumbered by Han Chinese, many of whom have migrated to Xinjiang to work in the region’s expanding oil and gas industry.

Experts say that young Muslims in Xinjiang are becoming increasingly radicalized, a trend that some blame on China’s systemic repression of Uighurs, including excluding them from jobs and restricting their religious practices.