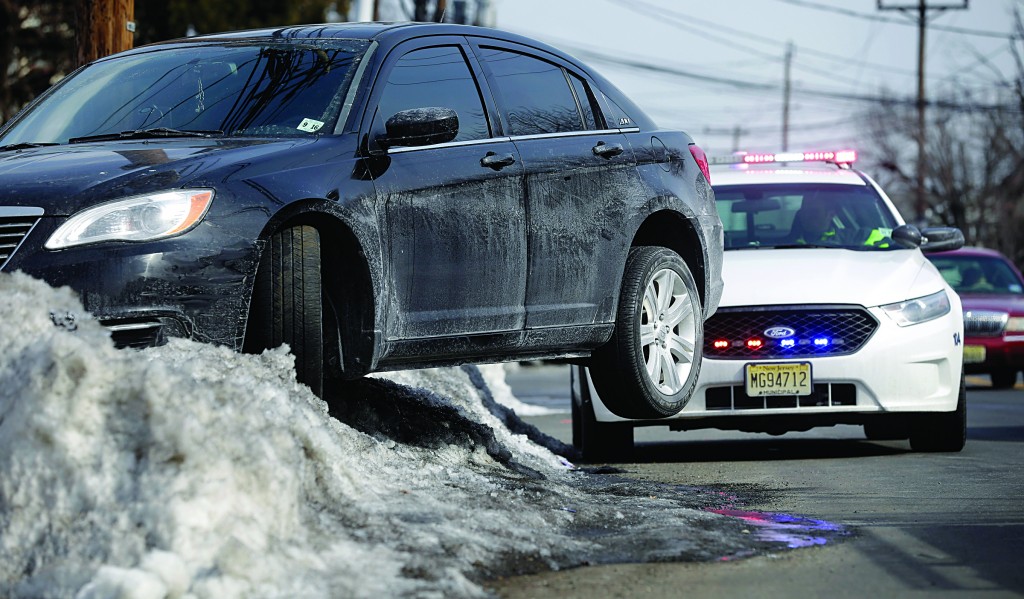 Given a last minute reprieve by meteorologists, residents of the New York City area are bracing for a scaled-down winter storm that could drop several inches of snow, followed by another round of bitter cold that should produce subzero wind chills.

Previous models have called for as much as 18 inches by Monday night.

The precipitation was expected to start as rain in some areas by late Sunday afternoon, then change over to sleet and freezing rains early Sunday night. The precipitation should then become all snow across the entire New York-New Jersey area as Sunday evening progresses, with the heaviest snows expected overnight.

By the time it ends early Monday morning, New York City should see 2 to 4 inches of snow. It is expected to persist in central Jersey, including Lakewood, until early afternoon, by which it will see 6 to 10 inches. Southern areas of the Garden State should see 7 to 11 inches of snow.

“I’m starting to feel like a bowling pin. One storm knocks us down, then another one comes along and knocks us down again,” Patrick Sanford told The Associated Press as he bought coffee at a Jackson Township convenience store Sunday morning. “And when it hasn’t been snowing, the cold has been brutal. Our winters usually are not that bad, but every now and then you get one like this.”

The storm will then usher in brutally cold temperatures that should fall into the single digits by Monday night and spur subzero wind chills in most areas.

New Yorkers are correct for viewing this winter season as snowy and frigid. According to the National Weather Service, as of Saturday, 57.3 inches of snow have fallen in Central Park, making it the seventh snowiest winter since records began in 1869. The all-time record came during the 1995-1996 winter, when 76 inches fell on the city.

While the snow, sleet, frigid temperatures and slushy roads have made for a near-record of 22 days with alternate side parking rules suspended, there have been no snow days for New York City public schools. Some yeshivos and Orthodox girls schools have given off a few days, and nearby New Jersey has given off several days.

With spring less than three weeks away, the almost biweekly storm watches have yet to abate. The latest ever recorded Big Apple snow was on May 9, 1977.

There is still time to beat that 1995 snow record.