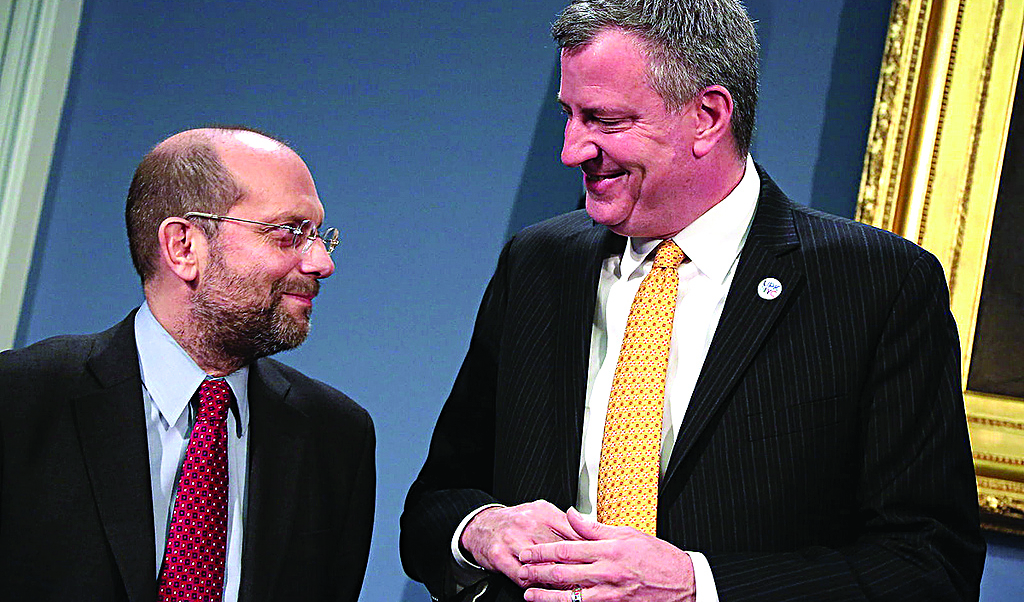 Mayor Bill de Blasio on Friday named Steve Banks — who lost a councilmanic race against de Blasio to represent Park Slope and Boro Park in 2001 — to lead the Human Resources Administration, which controls food stamp disbursements, Medicaid and other programs.

Banks was the lead attorney for the Legal Aid Society, a position he frequently used to sue the city and pester previous mayors. In remarks accepting the appointment, he said that he wants to make sure that the individual does not get lost.

“The word human is in the title of the agency — Human Resources Administration,” Banks said. “We have to make sure that people are treated as human beings.”

Two other appointees are Nisha Agarwal, who will be commissioner for the Mayor’s Office of Immigrant Affairs, and Lorraine Grillo, who was reappointed as president of the School Construction Authority. She has led the authority since 2010, when she was appointed by ex-Mayor Michael Bloomberg.