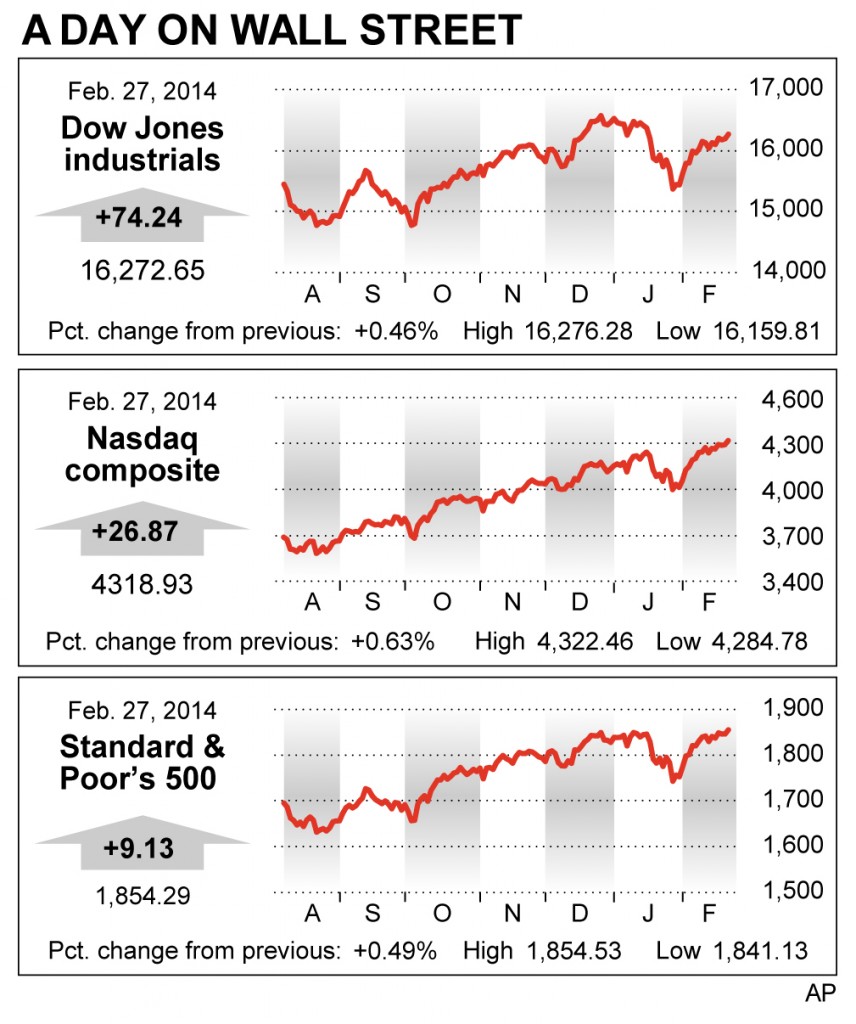 After coming close all week, the stock market reached an all-time high Thursday.

The Standard & Poor’s 500 index had moved above its previous record many times this week, only to fade in the afternoon. On Thursday, it finally closed above the milestone, powered by strong earnings from a number of U.S. companies including the drugmaker Mylan and several retailers.

The stock market has staged an impressive turnaround in February. It slumped at the start of the year on concerns about the prospects for growth in China and the U.S. This month, buyers came back to the market thanks to growth in corporate earnings and optimism that the Federal Reserve will keep supporting the economy.

The timing of the record, just before the start of spring, could help the market extend its gains, Detrick said. March has been the third-strongest month over the last 30 years for the S&P 500, with an average gain of 1.4 percent, according to the Stock Traders’ Almanac.

Investors were encouraged by better results at a range of retailers.

J.C. Penney jumped $1.51, or 25 percent, to $7.47 after the department store chain swung to a profit in the fourth quarter after posting a big loss in the same period a year earlier. Penney also reported its first quarterly gain in a key revenue figure in more than two years.

After a tough start to the year, investor sentiment has shifted in February.

The S&P 500 was down almost six percent for the year at the start of February. Investors were selling stocks as manufacturing contracted in China and as currencies in emerging market nations such as Turkey and Argentina plummeted against the dollar. The S&P 500 erased those losses this month and is now positive for the year.

Some of the shift in sentiment was also thanks to the new Federal Reserve chief, Janet Yellen.

Stocks jumped on Feb. 11, when Yellen told Congress she would continue the central bank’s market-friendly, low-interest rate policies. The comments were her first since taking over from Ben Bernanke earlier this month.

On Thursday, Yellen told the Senate Banking Committee that some recent economic data have suggested sluggish growth in consumer spending and employment. She said the Fed will be watching to see if the slowdown proves to be a temporary blip caused by the severe winter weather. This time, Yellen’s testimony didn’t have the same impact on the stock market as it did earlier.

“The data points that we are seeing, although slightly weaker than we might have thought, are still positive for equity valuations,” said Curtin.

In government bond trading, the yield on the 10-year Treasury note fell to 2.65 percent from 2.67 percent on Wednesday.