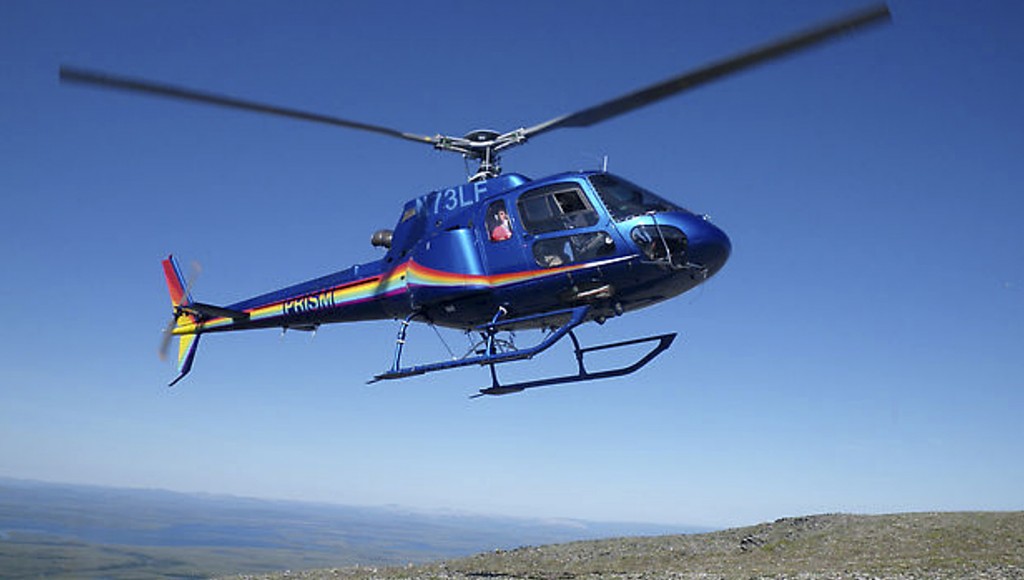 And experts say the promise of expanded uses for “pencil lead” in lithium-ion batteries – used in cars, cellphones and tablet computers – as well as a decrease in supply from China has helped touch off the largest wave of mining projects in decades.

“There’s an awful lot of exploration. Lots of companies looking for graphite,” said Don Hains, an expert in industrial minerals.

The U.S. imports all of its natural graphite, but mining companies are searching locations from Alaska to Alabama, optimistic about future demand.

From technological to industrial, the mineral’s products comprise a $13 billion industry, and firms see opportunity in producing high-purity, large-flake graphite for “lithium-ion batteries and other new renewable energy forms,” said Hains, a specialist with Watts, Griffis and McOuat Limited, a geological and mining consultant firm in Toronto.

China, meanwhile, appears to have eased its grip on world production, creating an opening that hasn’t existed since the mid-’90s, mining companies say.

Also, the growth of China’s steel industry has boosted its domestic demand for industrial-grade graphite, used in foundries for its heat-resistant proprieties, leading to a new graphite export tax, experts say.

The developments contributed to a sharp rise in the price of large-flake graphite, peaking at $3,000 per ton in early 2012. The price has since dropped back to about $1,300 per ton, but economic optimism has remained.

“There’s certainly more than 200 – and at one point there were over 300 – companies, or individual projects, being looked at around the world,” Hains said.

In Alaska, a claim north of Nome on the slopes of the Kiglauik Mountains is being explored by Vancouver, British Columbia-based Graphite One Resources.

A recent development has company officials particularly hopeful. Last month, they announced an increase in the amount of high-grade graphite they expect to be able to pull from the site. There are 285 million metric tons in a continuous 3-mile stretch near the surface of the mountain, officials said. They expect an active mine would be sustainable for the next 20 years.

The last time the industry saw this much activity in North America was two decades ago, during a perceived supply shortage. Exploration also increased in Australia and Africa, but China responded by supplying a flood of graphite without increasing the price. “Basically, the Chinese bought the market,” Hains said.

This time around, explorers such as Graphite One are confident they can find a niche supplying battery makers – especially if China continues to take measures that restrict exports.

Mining companies see potential for growth in electric cars. Nissan spokesman Brian Brockman has said there are 57 pounds of graphite in the lithium-ion battery of each Leaf.

Hains, however, remains skeptical of a surge solely from such vehicles. Automakers sold about 97,000 battery electric vehicles in 2013, less than 1 percent of the 15.5 million vehicles sold in the U.S., according to the Electric Drive Transportation Association.

Batteries for renewable power sources, such as those that store solar and wind energy, may be a more important use, Hains said. Also, the USGS says energy companies are developing large-scale, fuel cell projects that could one day consume as much graphite as all other uses combined.

For any new operation, consistent sales will depend on providing specific properties to specific buyers, Hains said. “You can’t just say you have graphite for sale and expect everybody will come knocking at your door,” he said.

Some will want high-purity, large-flake graphite; but for a mine to succeed, it likely will also need to provide smaller-flake graphite to traditional markets, he said. Demand rises and falls based on the needs of steel-makers and other users. Production has been up and down since 2006, ranging from a low of 925 million metric tons in 2010 to 1.15 billion metric tons in 2011.

Graphite One Resources is in its third year of exploration, after moving away from gold when the graphite price spiked.

Company officials say the project carries none of the environmental concerns that have dogged other projects in Alaska. Pebble Mine, a proposed copper and gold development, for example, has drawn protests from those who say it would foul the headwaters of Bristol Bay.

“No cyanide, anything like that, for sure,” Besserer said. “At the end of the day, it’s going to be a very small operation, like a glorified gravel pit.” An active graphite mine likely would employ 100 workers, he said.

Graphite One Resources has been in discussion with the Alaska Department of Natural Resources about regulatory requirements for opening a mine.

“Graphite is not a commodity that I have much experience at all with,” said Tom Crafford, director of Alaska’s Office of Project Management and Permitting. “But I think these guys could genuinely be real. They might truly have a project that could have the economic underpinnings to warrant development and operation.”