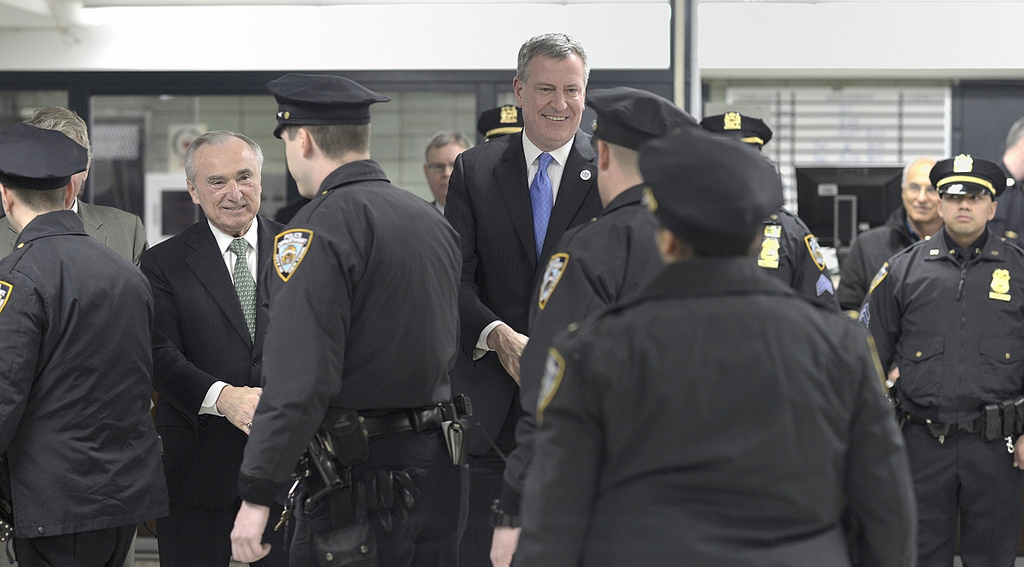 The seven-step guidelines, announced Thursday by Mayor Bill de Blasio and Police Commissioner William Bratton, are remarkably simple. Their advice — “Introduce yourself,” “keep an open mind,” and “be patient” — also urges officers to try to relate to people of different backgrounds who may speak different languages, and to try to end every encounter on a positive note.

The goal is to improve the level of trust between police officers and the neighborhoods they patrol, which should lead to improved morale and a new willingness for civilians to cooperate with police and provide crime-stopping tips, de Blasio said.

De Blasio said he believes the NYPD tactic that allows police to question people deemed suspicious strained relations with minorities. Critics of the practice, which the mayor has vowed to reform, believe it unfairly targets blacks and Latinos.

“We have to repair that rift,” de Blasio said.

Supporters, which include ex-Mayor Michael Bloomberg, believe stop-and-frisk drives down crime. Its use has declined in New York in recent years even before de Blasio took office in January.

The new protocols were tested in a few precincts late last year, officials said. They will be taught to all rookies coming through the police academy and will later be disseminated to all 34,000 cops.

It is one of the first major policy initiatives unveiled by Bratton, who returned this year to head a police department that he led for two years under former Mayor Rudolph Giuliani in the 1990s. Raymond Kelly was police commissioner the last 12 years.