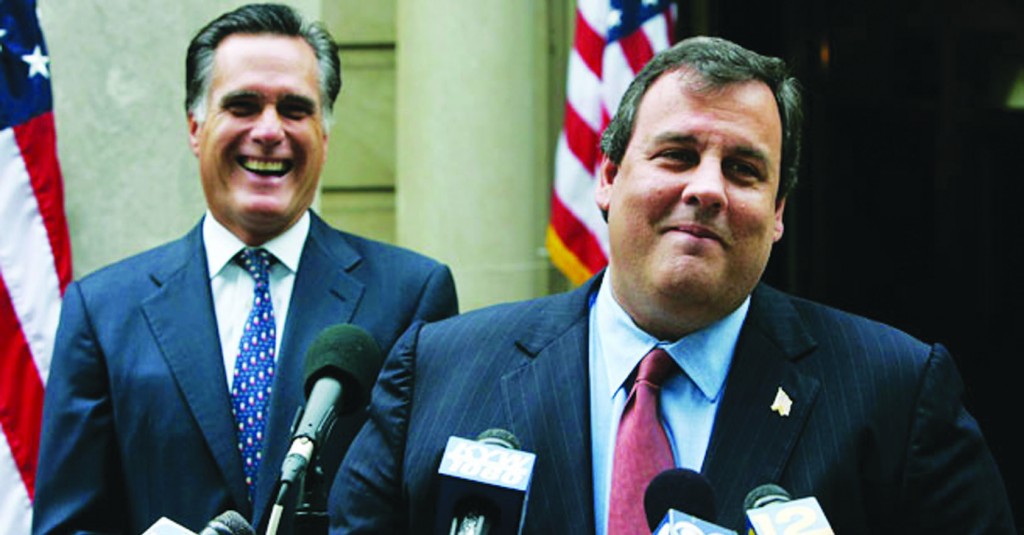 Former GOP presidential nominee Mitt Romney will fundraise with New Jersey Gov. Chris Christie on Thursday in Boston, signaling to the GOP establishment that he remains an ally of the embattled Garden State governor, whose administration has become engulfed by a bridge-closing scandal.

Thursday’s event will be focused on raising money for the Republican Governors Association, which is chaired this year by Christie. Romney will make remarks at an evening dinner and then meet with Christie and donors.

In January, Romney, himself a former RGA chairman when he was governor of Massachusetts, said Christie’s chairmanship is an important post for any politician looking to make a mark on the national stage.

“It’s part of what [GOP strategist] Karl Rove used to call the invisible primary,” Romney said. “It’s a chance to be seen and travel the country.”

On Saturday, Christie kept a low profile at the NGA forum, spending much of the morning sitting quietly near the podium, with his black-rimmed glasses hanging on his nose, taking notes as other governors spoke. He did not visit the White House with other governors Sunday and did not interact with reporters.

Christie has been criticized by some Republicans for using his keynote nominating convention speech to promote himself, appearing with President Barack Obama days before the 2012 election in the wake of Superstorm Sandy, and for not allowing Romney to fundraise in New Jersey without his clearance.

But Romney, who had wanted Christie as a running mate, said that he did not hold any grudges.