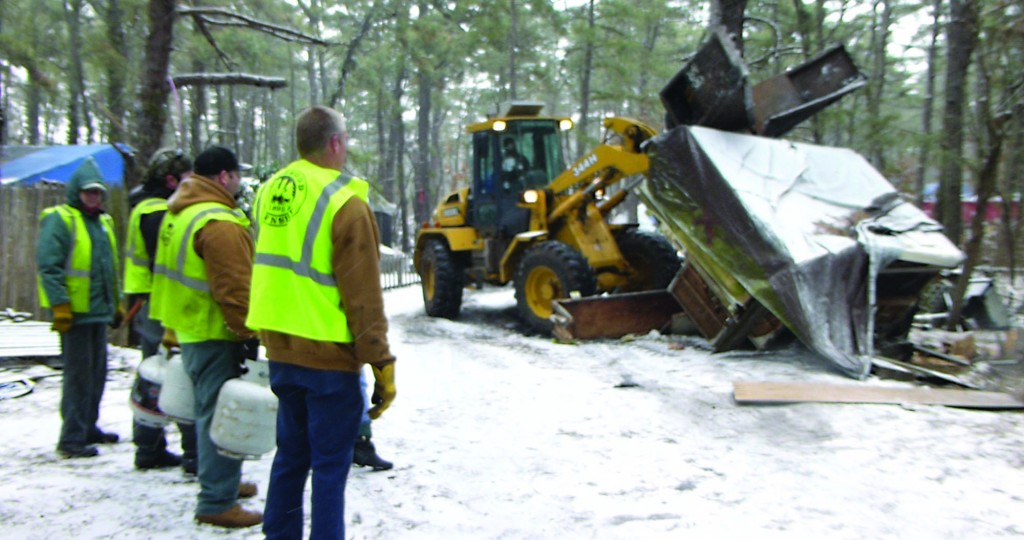 Eight years after a group of homeless people moved into the woods near Lakewood, massive tractors began dismantling the camp that has become known as “Tent City.”

Dozens of tents at the homeless encampment that housed about 80 people are being torn down as the Township continues to work on finding them housing, TheLakewoodScoop.com reported.

“We will continue these efforts until the entire Tent City is cleaned out,” Deputy Mayor Albert Akerman told the Scoop on Wednesday.

The tents belonged to residents who had been given a week’s notice to remove their belongings. To date, about half the residents were placed and only about 50 residents remain in the camp, Akerman says.

The tent people, a forerunner to the Occupy Wall Street crowd of New York City two years ago, lived with little electricity and were blamed by the town for bringing in crime and sickness. Following a deal that was signed off by a state judge a year ago, Lakewood began dismantling the place.