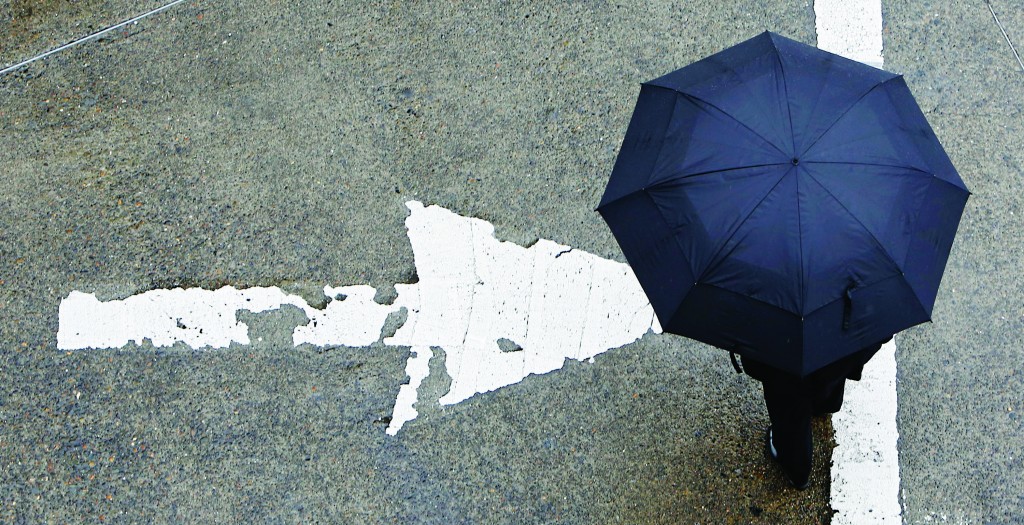 Much-needed rain fell on downtown San Francisco and elsewhere in California on Wednesday at the outset of what the parched state hopes is the start to a one-two punch of stormy weather.

The storm was expected to move down the coast, dumping a half-inch to an inch of rain in southern areas late in the day, forecasters said.

A potentially stronger storm moving in late Thursday could bring thunder and dump up to 2 inches of rain in central and southern valleys, 2 to 4 inches in the foothills and up to 6 inches in some mountain spots.

After 2013 ended as the state’s driest year on record, all that predicted rain and snow should be nothing but good news. But there also was a risky side of the downpours.

If the rainfall rate is intense, it could bring flash flooding, “and our ground is so dry … that we’ll probably get more runoff than we’re absorbing,” said National Weather Service weather specialist Bonnie Bartling.

The National Weather Service also noted the potential for mud and debris flows from the burn area of the May 2013 Springs Fire, which scorched nearly 38 square miles of the Santa Monica Mountains.