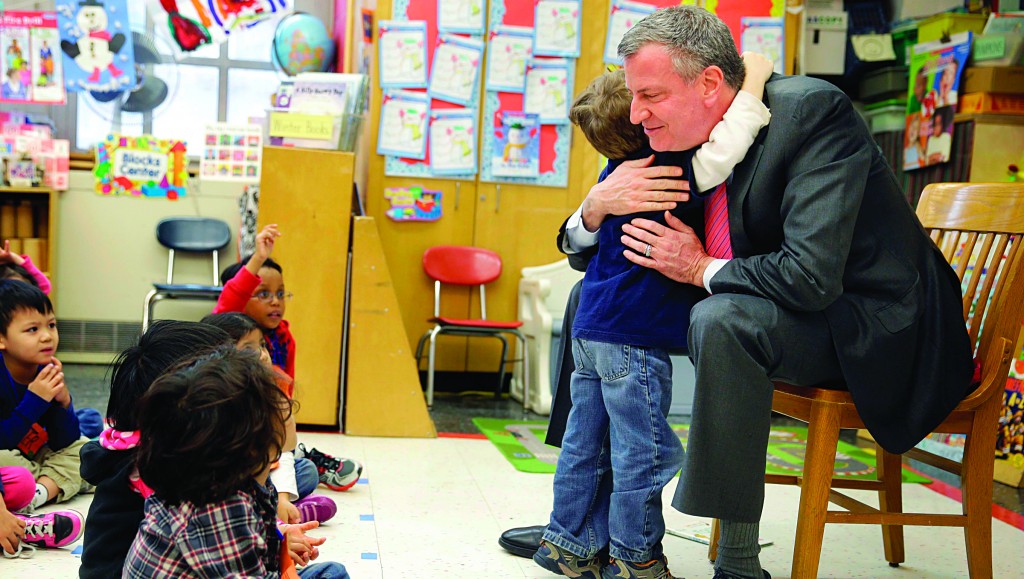 Critics have wondered whether the city would be able to find enough space for the proposed expansion in September. But de Blasio said that schools and community-based groups have combined to come up with space to accommodate 29,000 new students, allowing him to meet his goal of 53,000 seats for this fall. Another 20,000 students would be accommodated the following year.

De Blasio made universal pre-kindergarten the centerpiece of his first year in office. He wants to pay for it by raising taxes on wealthy New Yorkers but needs approval from Albany. That has been at loggerheads with Gov. Andrew Cuomo, who wants to pay for pre-K with existing funds in the state budget.

On Tuesday, Assembly Speaker Sheldon Silver said that neither de Blasio’s or Cuomo’s plan has been ruled out as lawmakers negotiate a budget. But the Senate’s Republican leader, Dean Skelos, appeared to shut the door this month on a tax increase.

A new Siena poll released Tuesday shows that most New York residents favor Cuomo’s proposal, and are even willing to pay higher taxes for it. Results show 71 percent of respondents support using state tax dollars for universal pre-K, compared to 26 percent who are opposed. More than half — 54 percent — are willing to pay more taxes for pre-K, while 43 percent say no.