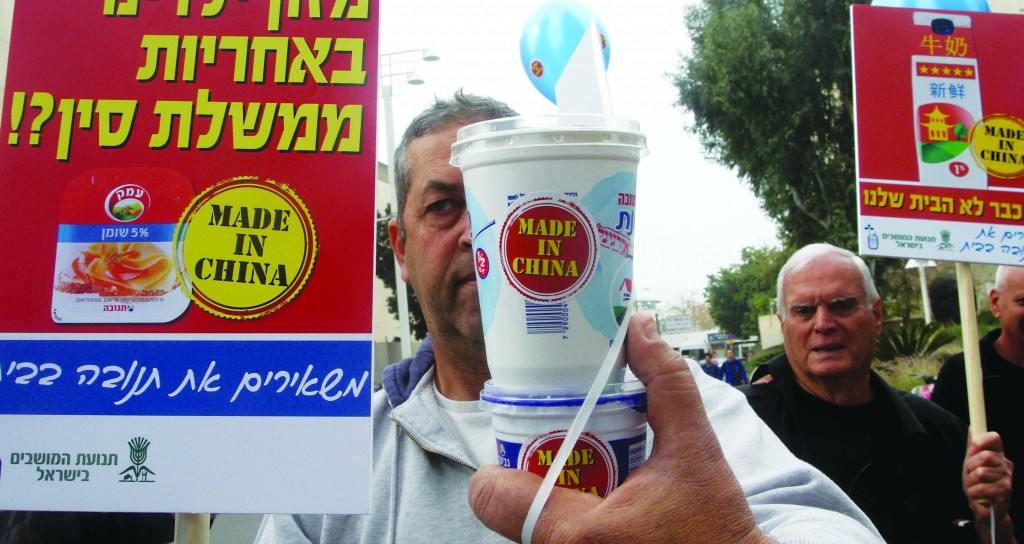 In the face of strenuous opposition to a pending deal to sell Tnuva to the state-owned Chinese company Bright Food, proponents of the deal are offering reassurances that the Israeli flagship company will not be harmed.

Apax Israel CEO Zehavit Cohen met with suppliers’s representatives to explain what’s in store. She told them that the Chinese did not intend to import cheese to Israel, and that they promised to continue to improve Tnuva and invest in its development. She stressed that nothing had been finalized and that negotiations with Bright Food were still in the preliminary stages.

At the end of the meeting, Israel Cattle Breeders Association secretary general Avitar Dotan appeared persuaded, saying that the association’s representatives felt that Bright Food was a worthy buyer and that it intended to keep all of Tnuva’s previous signed commitments. A meeting between Bright Food executives and the Association was planned.

Meanwhile, the Moshav Movement has launched a campaign against the sale.

Apax, Israeli holding company Mivtach Shamir, as well as umbrella organizations of the kibbutzim and moshavim that founded Tnuva, control the food maker. Together, the farm groups hold 23% of Tnuva’s shares.

Tzur said selling Tnuva to Bright Food would mean putting a company responsible for much of Israel’s food in the hands of shareholders answerable to Beijing’s rather than Israel’s needs, Haaretz reported.

The kibbutz movement was quoted in Calcalist financial daily as saying Tnuva’s kibbutz shareholders had no intention of selling their shares.

“Tnuva can’t exist without the kibbutzim and moshavim. We will keep our stakes in the company,” said Eitan Broshi, secretary general of the kibbutz movement, after a long meeting Sunday between the movement and other farm organizations.