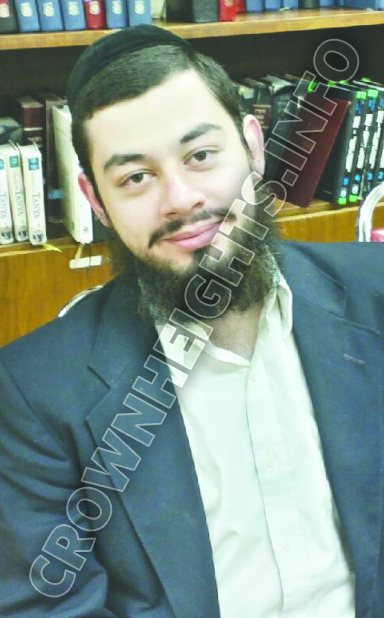 A Ukrainian bachur learning in the United States was tragically struck and killed by a garbage truck in Crown Heights Sunday morning in front of two horrified friends who had been walking with him seconds before.

A talmid of the Lubavitcher yeshivah in Morristown, N.J., Gedalia Greenzayd, z”l, leaves behind parents mourning their only child and a network of friends with memories of a short time spent together.

The 25-year-old was in New York for Shabbos to attend the aufruf of a close friend who was getting married in Israel later this week. Walking with the chassan, Greenzayd was hit on the corner of Kingston Ave. and Carroll St. by the truck, which made a right turn against the light.

Greenzayd, who was originally from Vinnitsa, Ukraine, came to New York a few years ago where he studied in Ohr Someach in Monsey, later transferring to Morristown for their semichah program.

According to a report on collive.com, Gedalia enrolled in the local yeshivah run by a Skverer chassid after his father came to shul to say Kaddish for his father.

In Morristown, a staff member described him as “a baal middos tovos, a magnetic and temimus’dige bachur who was mekarev many bachurim in his quiet way.”

The levayah is scheduled to take place on Monday morning in front of the central Lubavitcher shul at 770 Eastern Parkway. Kevurah will take place at his hometown in Ukraine.