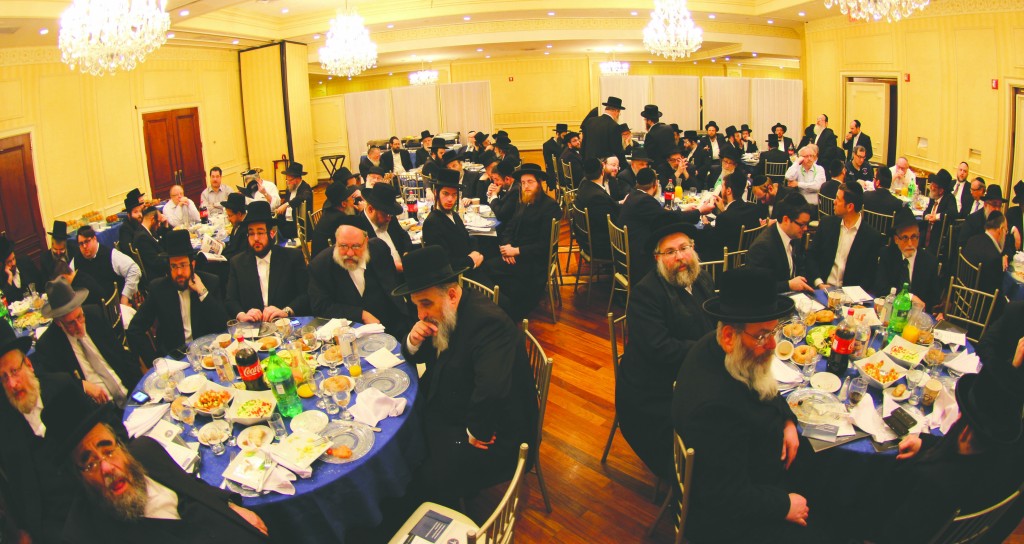 In what was dubbed as a historic breakthrough for New York City’s Orthodox community, the acting chief medical examiner at a breakfast meeting organized by Misaskim unveiled major new protocols that will go a long way in accommodating halachah.

Some 200 Jewish community leaders in Boro Park’s Renaissance Hall listened as Dr. Barbara A. Sampson laid out the far-reaching procedures that will expedite burial, facilitate transfers to Eretz Yisrael and eliminate the possibility of chillul Shabbos.

The new policies put into place by Sampson follow many years of efforts by Misaskim to change procedures that caused distress to many families. Yanky Meyer, the CEO of Misaskim, praised Sampson for her sensitivity and understanding in accommodating the community. A prime example were accommodations made in “reportable cases,” or deaths that must be reported to authorities, that occurred during business hours, after hours or on Shabbos and Yom Tov.

Misaskim retains non-Jewish workers who are familiar with the procedures and act as intermediaries with the authorities. If petirah occurs in an institution such as a nursing home or home for adults, the Medical Examiner  will talk to the attending physician and clear the body for burial. If, for example, a reportable death occurs with a patient with a medical history due to surgery or a procedure, they will no longer have to wait till the next day until the body could be brought to the office of the ME. The ME will dispatch an investigator to the institution.

Dr. Sampson indicated that if necessary, her offices would reopen after hours in a case where the body must be legally brought in, thus facilitating kevurah locally or transfer to Eretz Yisrael for burial. In case a body is brought in and the office is opened after hours for an examination (i.e. x-rays and photography, and not an autopsy), borough chiefs will now have laptops and will be able to issue death certificates remotely.

Another point of contention in the past was the insistence by ME staff to fingerprint a body even after being identified by a family member, thus causing delays that can interfere with burial before shkiah or even prevent a body from making the flight. After Misaskim’s intervention, the ME can now forego the fingerprinting.

One of the participants who had experienced the intervention of Misaskim firsthand was Assemblyman Dov Hikind, who learned while vacationing in Florida nearly a month ago that his older brother had suddenly passed away.

“I experienced what Misaskim means to our community first-hand and sometimes we don’t appreciate the importance of such an organization, until we are personally involved,” Hikind said. “What Misaskim did for us was tremendous — what a chessed!”